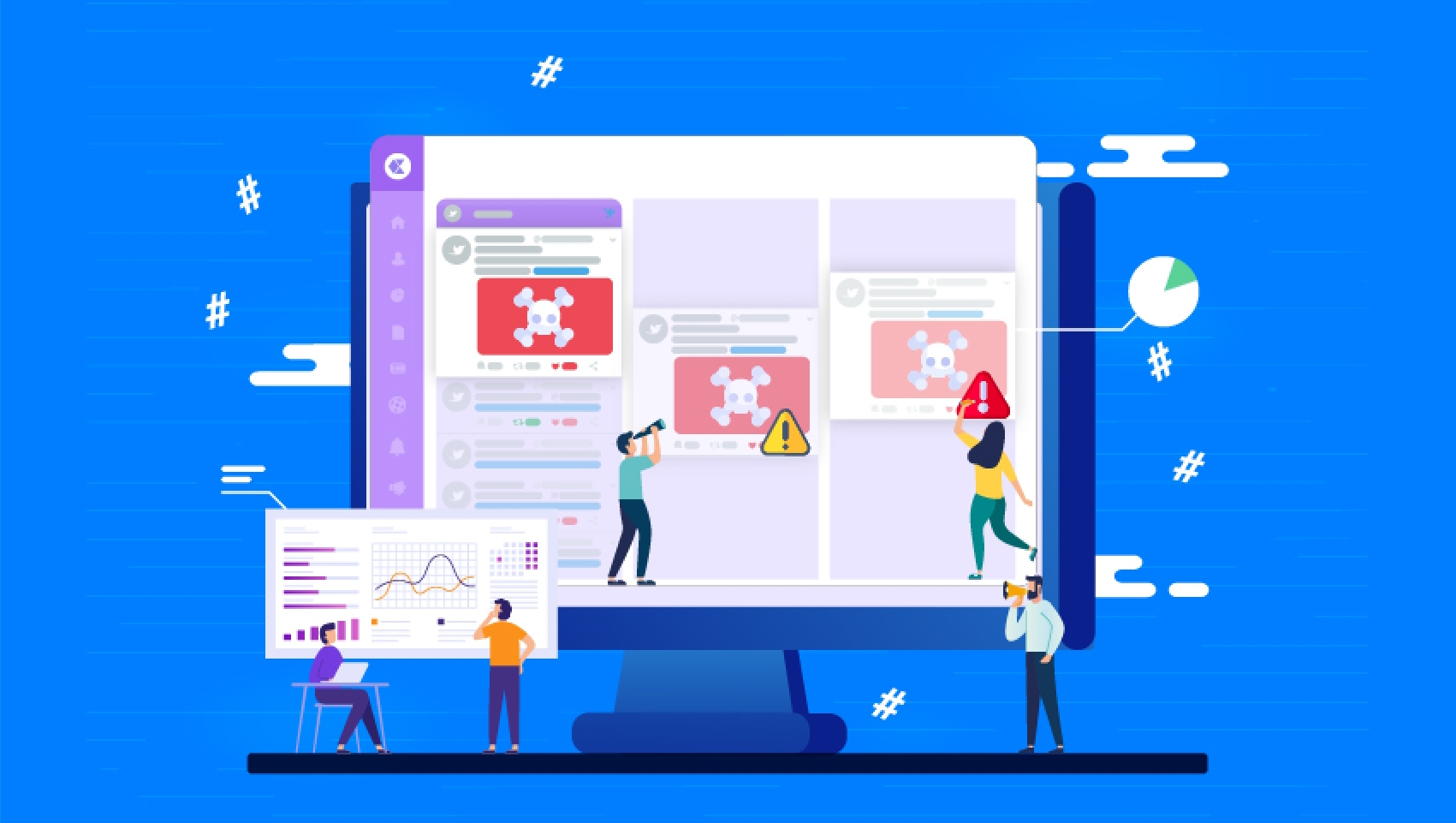 Social media is used as a networking tool by many people. However, security professionals can use it as an additional information source to improve their analysis of vulnerabilities, exploits, malware, threat actors, and anomalous cyber incidents. In the same vein, the Cyware Threat Intelligence eXchange (CTIX) version 2.7 comes with a new Twitter feed integration to leverage the threat information shared by security researchers and organizations round the clock. This integration allows security analysts to collect real-time intelligence from Twitter in a fully automated manner, thereby freeing them up from performing manual tasks. 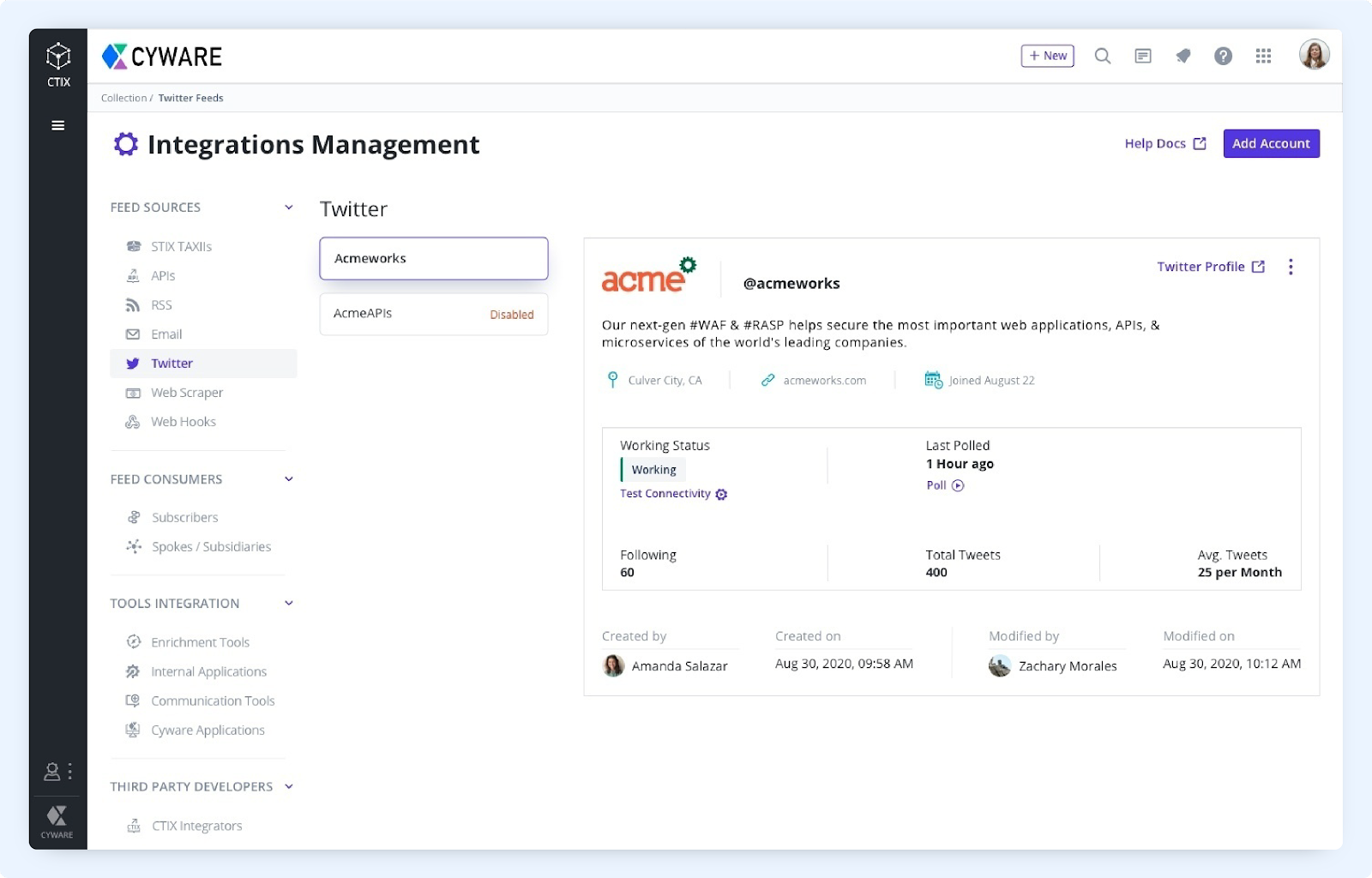 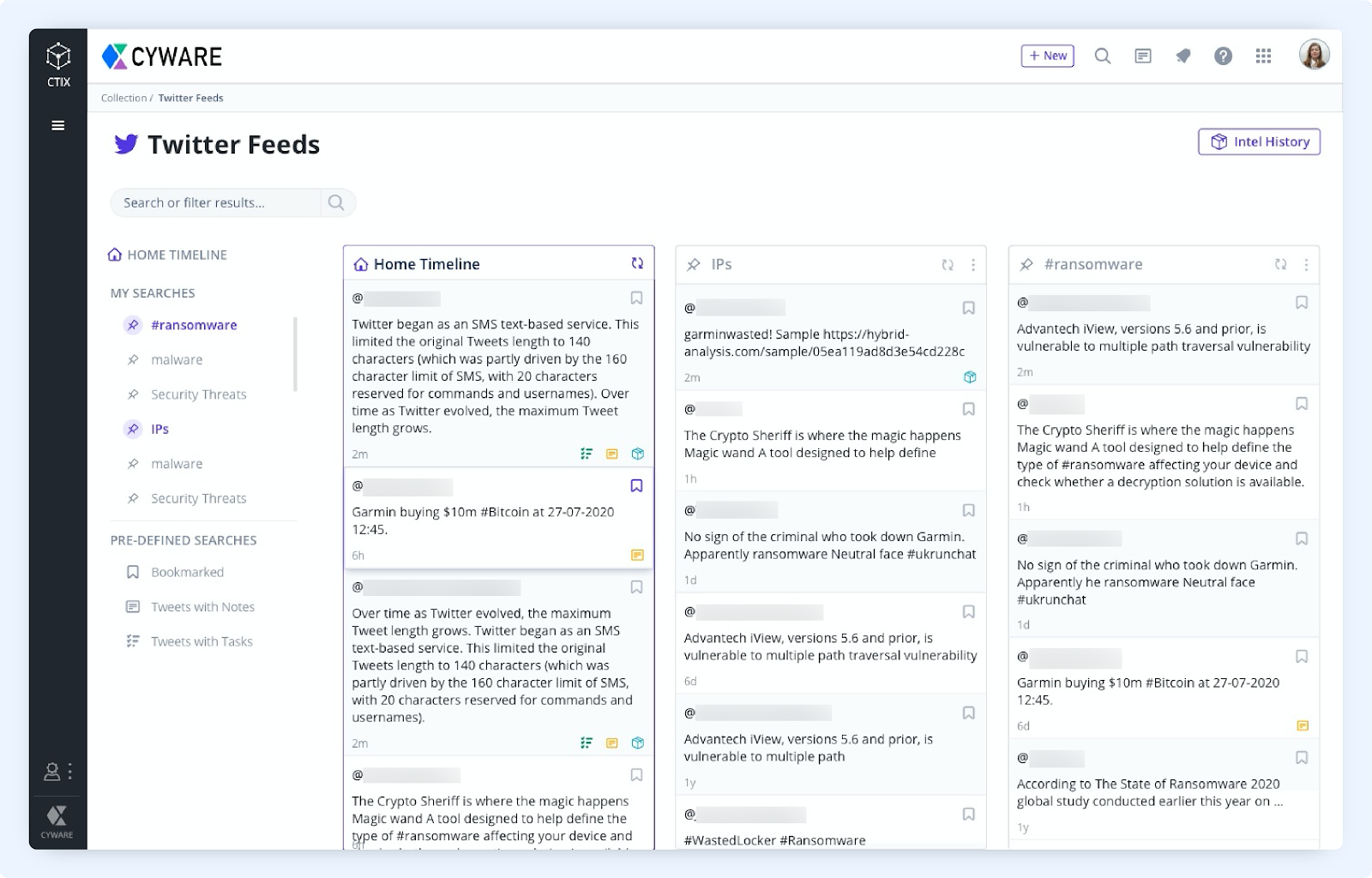 Why does this matter?

To stay secure in today’s ever-changing threat environment, security teams need to stay on their toes all the time. The CTIX Twitter Feed Integration makes this easier for security analysts by adding one more tool in their arsenal to track and gather intelligence on every move made by the cyber adversaries.
Schedule a free demo now.