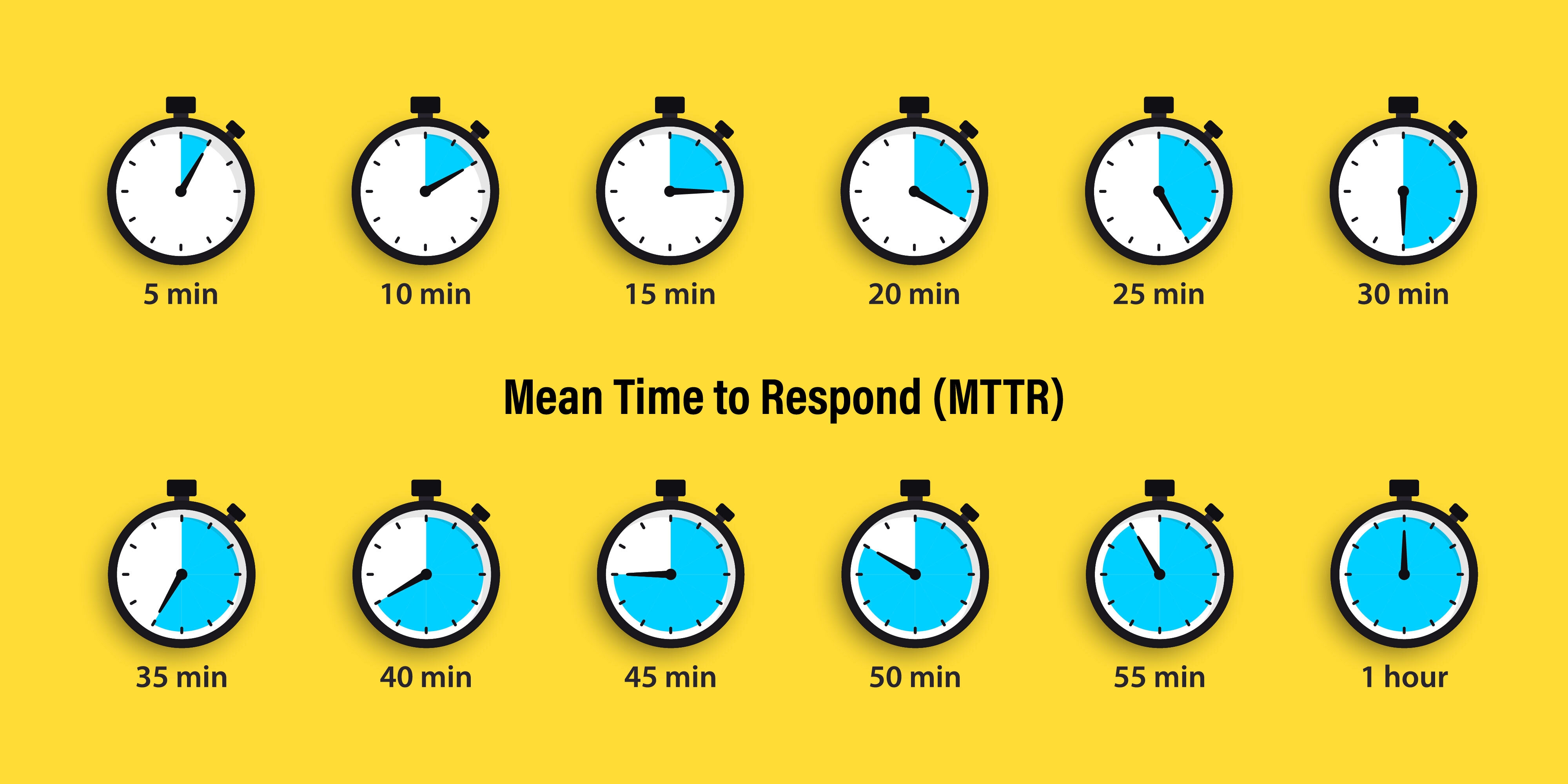 For organizations to address cyberattacks, it’s imperative to respond to cyber threats as quickly as possible. Reducing the time taken for incident response can mean the difference between a minor compromise and an adverse data breach. However, minimizing the average time taken to control and remediate the threat—mean time to respond (MTTR)—matters the most. While there are several cybersecurity metrics, such as mean time to detect (MTTD), mean time to contain (MTTC), and dwell time, among others, MTTR is one of the key cybersecurity performance indicators that every organization should monitor.

MTTR is the average time taken by security teams to establish a response and remediate the detected incident or threat. In cybersecurity, this metric is used to measure a team’s success in counteracting cyberattacks. 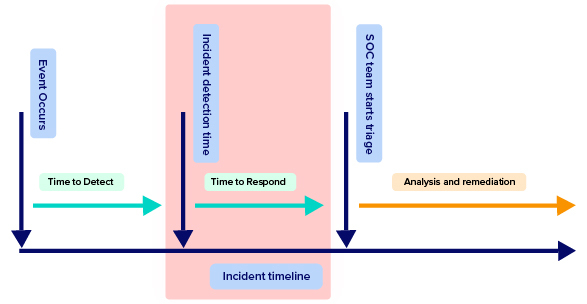 Every organization measures security metrics in different ways so there’s no standard approach to measuring MTTR. Due to a lack of understanding of incidents, no threat response automation, absence of designated response teams, and out-of-place incident response plan, MTTR increases. However, organizations must aim to bring down their MTTR, and it can only be achieved if their security teams are equipped with state-of-the-art cybersecurity solutions, such as cyber fusion. It is a next-gen approach to cybersecurity that brings teams, processes, and technologies under one single roof, automating threat detection, management, and response.

Many security teams juggle between disparate tools, which slows down their response time to threats, inhibits attack visibility, and ultimately results in poor MTTR. For better MTTR, modern-day organizations need real-time, actionable threat intelligence flowing into their SecOps workflows for high threat visibility and implementing security measures. Setting up cyber fusion centers (CFCs) helps automate the ingestion of threat information from disparate sources and brings different security teams together to rapidly detect, prioritize, and respond to incidents/threats. As a result, lower MTTR is achieved, allowing security teams to make informed decisions and quickly take necessary actions.
By building CFCs, organizations can take advantage of its threat intelligence operationalization, advanced security orchestration, automation, and response (SOAR), and threat response capabilities to effectively execute security operations with high confidence and bring down the overall time to respond. A CFC brings all these security functions under a single roof, enabling security teams to detect, manage, and respond to threats in an integrated and collaborative environment. Let’s take a look at the benefits that a CFC has to offer!

SOAR accelerates monotonous security operations involved in incident response. The influence of cyber fusion on incident response can be witnessed while detecting and responding to threats in real-time using automation playbooks. From aggregating threat intelligence to respond to incidents, cyber fusion helps security teams effectively handle threats with minimal or no manual intervention. This drastically improves the MTTR.
Modern-day SOAR platforms allow security teams to automate threat response workflows across cloud, on-premise, and hybrid environments using advanced playbooks that can be customized to the needs of the security teams. SOAR capabilities of CFCs combine all the security functions into one integrated and collaborative ecosystem, empowering security teams to proactively handle incident management, improving MTTR in return. A SOAR platform automates the entire incident response lifecycle, including ingestion, analysis, detection, triage, investigation, and containment of incidents. At first, a SOAR platform ingests threat data from internal sources such as a TIP, ITSM, SIEM, and other tools, and external sources such as ISAC/CERT advisories, regulatory bodies, RSS feeds, etc. More sources mean more threat intel inflow into incident investigation processes, which is further enriched and analyzed by security teams to proactively investigate threats, and measure and optimize their MTTR.

Present-day cyberattackers are becoming smarter and leveraging modern technologies to launch cyberattacks that can completely bypass security protocols. Security teams need to be on their toes to improve their MTTR. Incorporating a next-gen technology such as cyber fusion can allow security teams to take a proactive approach toward incident response. Cyber fusion relies on its orchestration and automation capabilities to bring security teams, tools, and processes together, connect the dots between all the threat elements, and make security teams more efficient at what they do.
To learn more about how cyber fusion helps reduce MTTR, book a free demo!