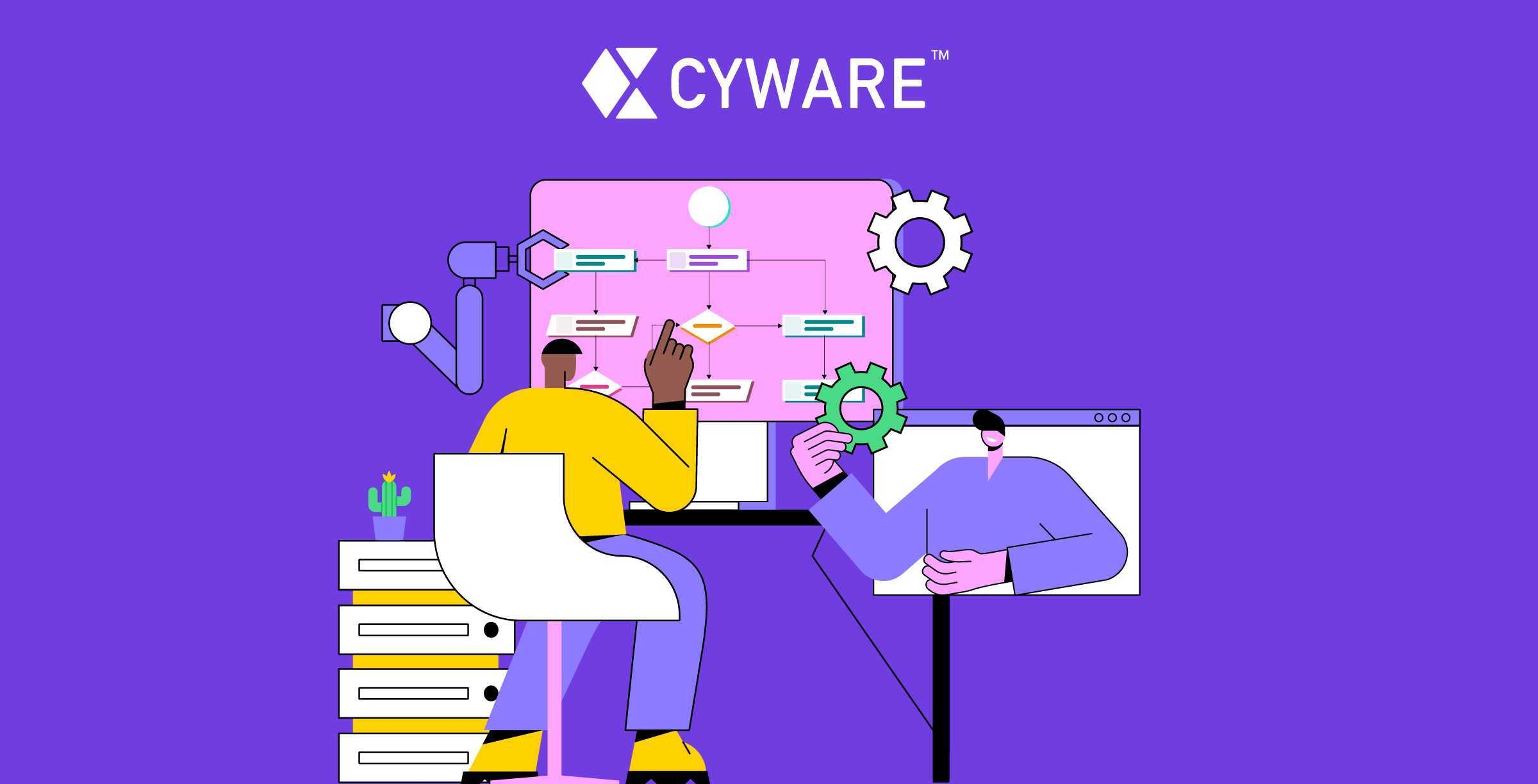 While there are security teams who are still manually performing threat detection and management, threat intel enrichment, and incident response, many enterprises prefer to automate such security processes. And then, there are security teams who are riding the wagon of security automation to manage their cybersecurity and compliance. Security automation has become a reality for security teams.
SecOps teams are burdened with mundane and monotonous tasks that hinder their productivity when it comes to handling mission-critical security workflows. From creating tickets to sending emails, a security analyst performs several repetitive and manual tasks on a daily basis. To automate their repetitive workflows, security teams typically hire programmers and developers for writing code, which, due to shortage of security talent, often delays the implementation of security processes.
Many security teams are moving away from traditional automation platforms and leveraging platforms with low-code and no code automation capabilities that eliminate manual workflows with automation with some level of coding or no coding at all respectively. These technologies allow security teams to just click and scroll or drag-and-drop to build their own integrations and automation playbooks.

What is No-Code SOAR?

Modern security teams leverage security orchestration, automation, and response (SOAR) tools to automate security operations but often they fail to unleash the full potential of such tools. The challenges lie in terms of the ability to write complex code and performing configurations for building integrations with other platforms. While some security solutions can automatically integrate with other external tools, some require complex configurations to be executed manually to integrate with other platforms.
Also, there is a shortage of security talent. In such a situation, security teams need cybersecurity solutions that are easily accessible and can deliver at large scale or even beyond that.
No-code automation removes the hassles of coding for security teams who can automate security operations by creating security workflows without any help from developers and also integrate any tool with each other in their environment. In a no-code automation environment, security tools are built with features that can drive complex security workflows via effortless drag-and-drop actions. These actions can be coupled together to automatically run a series of events.

Security teams are now overhauling SOAR in a no-code automation environment. As part of a modern SecOps strategy, no code SOAR maximizes accessibility, making it a hotbed for adoption. As a result, organizations today prefer no code SOAR over legacy SOAR platforms.
No-code SOAR helps security teams simplify security automation, implement security automation rules, and remediate threats. Such platforms use a drag-and-drop automation approach, which allows security teams to manage risks without any advanced engineering expertise. The easy accessibility of simple automated tasks and the potential to handle automations make no code SOAR platforms relatively flexible and scalable as compared to legacy SOAR platforms, making it a budget-friendly option for small SecOps teams as well.
Moreover, it frees up security analysts to concentrate more on mission-critical tasks, such as boosting their organization’s security posture, working towards cyber innovation, and providing training on situational awareness to other employees. Most importantly, a no-code SOAR platform helps simplify the incident response lifecycle in relatively simple security infrastructures as against legacy SOAR platforms, from accelerating threat response with automatically triggered flows to quickly remediating risks after they are detected and moving from a reactive to proactive approach by eliminating false positives.

The time-consuming and laborious tasks burn out security teams and keep them from focusing on more valuable tasks that can stimulate their security efforts. Also, there’s a shortage of talented cybersecurity professionals so employees are always overburdened with work. No-code security solutions automate the mundane tasks, allowing security teams to spend more time on high-priority tasks like improving their organizations’ cybersecurity posture, deploying new tools, and training others on security awareness. Moreover, it helps gain a more engaged workforce and less burnout.
Besides meeting the cybersecurity skills gap, some of the other widely leveraged no code SOAR use cases include:

While the drag-and-drop capabilities make security workflow automation easy, not every security function can be simplified and automated in a no-code environment. The codeless characteristic of security automation does not support playbook customization or integration with other security tools in complex infrastructure models standing on the pillars of both the cloud and on-premise environments, restricting the SecOps teams to inbuilt use cases and security workflows.
Low-code security automation, on the other hand, provides the flexibility to customize security solutions as per the real-world use cases using Python editor capabilities. With the cybersecurity landscape evolving, the needs of SecOps are also changing. Low-code SOAR platforms provide SecOps teams the ability to work on any use case, thereby reducing manual and repetitive work, accelerating threat response, and building efficient security procedures with the scope of customization.
The future of security automation would be driven by some level of customization requirement owing to the lack of homogeneity in the security infrastructures of organizations. Security teams would continue to rely on automation platforms that enable them to customize and integrate the solutions while ensuring the ease of use and limited dependence on advanced programming skills. Today, an organization should be committed to the highest levels of security. Therefore, it’s important for it to ensure that its security automation solution is powerful, easy-to-use, flexible, and most importantly enables automation scalability.

Cyware Orchestrate is a low-code security automation solution with capabilities of no-code automation as well, for SecOps teams to automate their security workflows. While traditional SOAR tools deliver orchestration, automation, and incident response all together, Cyware Orchestrate decouples orchestration from incident response, which is a standalone application of Cyware Fusion and Threat Response (CFTR).
With 300+ app integrations, Cyware Orchestrate offers capabilities to build custom apps for more specialized features. It houses an inbuilt library of playbooks for some use cases and allows custom playbook creation via Python editor modules and a Playbook Canvas that supports easy drag-and-drop capabilities.
Our complete product suite acts as a cyber fusion center that combines all security functions under one platform and presents a single pane of glass to security analysts and incident responders for advanced threat investigations, automated playbook triggering, faster threat response,and easy collaboration. Cyware was featured as a representative vendor for its virtual cyber fusion solutions in 2022 Gartner Market Guide for Security Orchestration, Automation and Response Solutions.
Schedule a free demo to learn more about Cyware’s offerings.