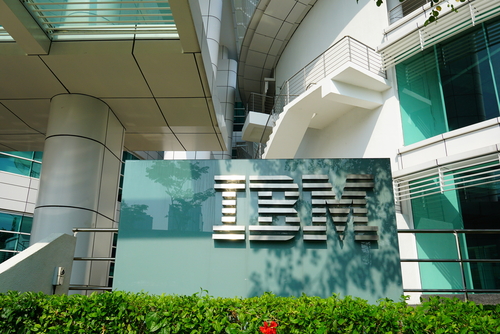 All you Need to Know About IBM Z Mainframe

Every morning begins with a news of a breach in some global company. The reason being: there are several professional, organized attackers around the world who vie for sensitive information. The present unencrypted information that’s crunched in huge machines is a primary reason for umpteen data breaches that the globe witnesses. However, to tackle the menace, IBM has rolled up its sleeve and come with a new IBM Z mainframe that seeks to address cyberattacks which have compromised financial data.

Here’s everything you need to know about IBM Z.

The IBM Z is devised keeping end-to-end encryption in mind. This wasn’t viable for other vendors earlier mainly because of the additional load on the operational costs and low processing power. IBM Z mainframes locks the data with 256-bit military-grade AES encryption, which is unbreakable with current technology. However, the IBM beast is believed to demonstrate a solid performance being capable of running up to several encrypted transactions per day.

IBM Z shelters a dedicated hardware to encrypt every byte of data which eliminates the need for businesses to pick and choose what files to encrypt. The power-packed system runs at 5.2GHz and can support up to 2 million Docker containers, 1,000 concurrent NoSQL databases, and 12 billion encrypted transactions each day. In addition, to keep the system really secure, IBM machine also has robust breach detection system built-in, which would invalidate all the decryption keys until the probe ends.

IBM has unleashed its expertise to automate the compliance processes which are considered as bumps along the growth trajectory. By automating them, it would allow companies to exhibit that the data they keep is encrypted and safe. Also, importantly, the companies can leverage the secure machine’s abilities to comply with the new data protection laws, such as the European Union's General Data Protection Regulation (GDPR) and the U.S.'s Federal Financial Institutions Examination Council (FFIEC).

With these strong features the new IBM Z is all set to rule the server market once again. In addition, IBM also integrates with IBM Blockchain services enabling the product to stand out. Although, the present day security needs may compel enterprises to adopt the new product, IBM’s secrecy on the pricing will make it hard for organizations to judge at this point of time.

Why Cybersecurity is the Collective Responsibility of t ...