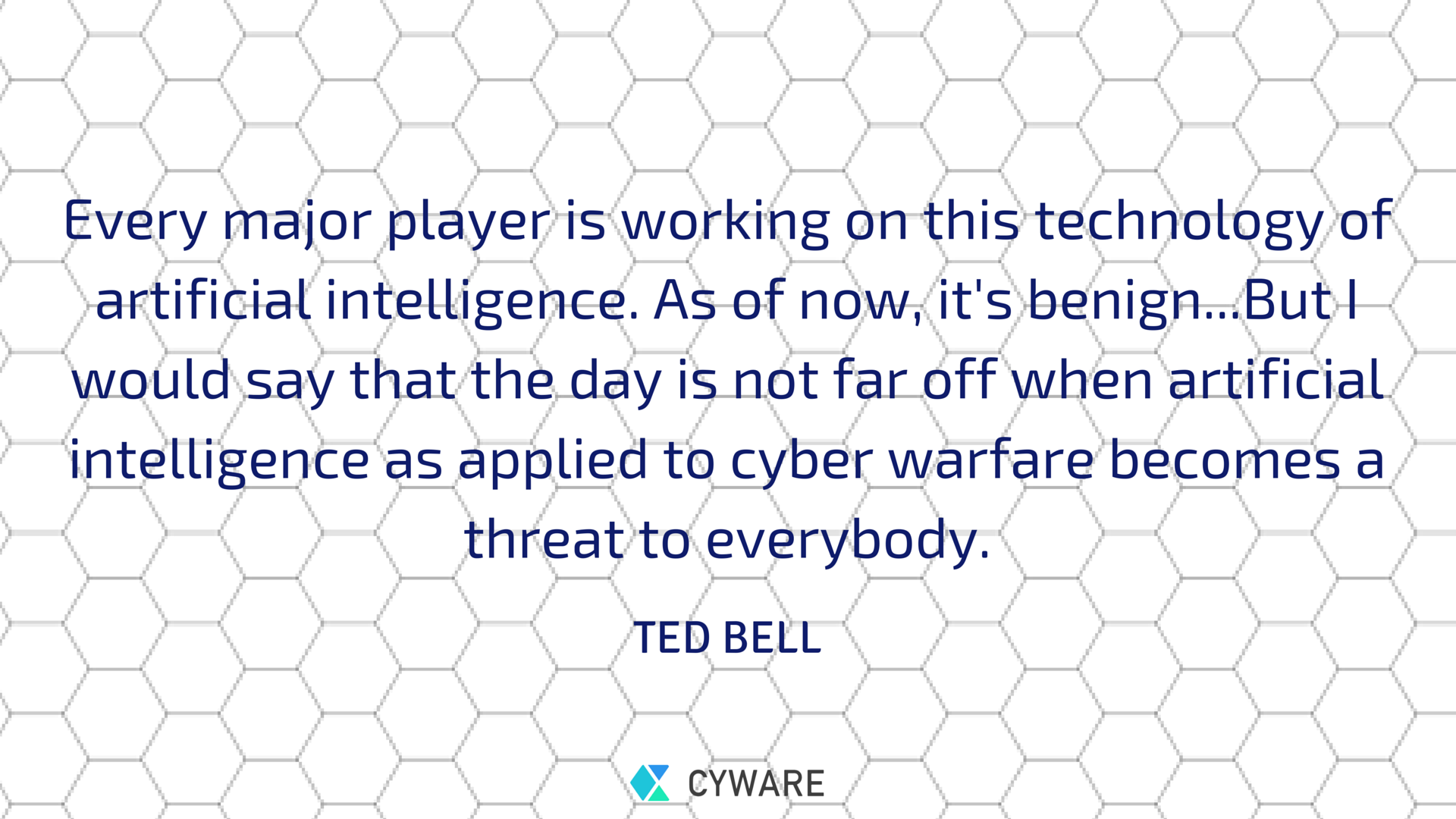 Artificial Intelligence, in short AI is always viewed from two angles — one projects the advantages and benefits offered by AI, and the other points to the potential threats posed by the super intelligent computer machines. We are still taking baby steps towards the establishment of a well-functioning and self-guiding AI computer system. Although we have managed to develop weak AI systems like Siri, Google Now,etc.

One of the industries which can benefit from AI is cybersecurity. In fact, artificial intelligence can revolutionize the cybersecurity industry.

Cybersecurity is often described as an unfair battle between the attacker and the defender. And most of the times the attacker achieves his goals and evade the security mechanisms easily because the attacker always stays one step ahead of the security expert. Cybersecurity has many layers, which are a combination of many machines and humans. With the involvement of numerous actors in various layers, it is very hard to coordinate and monitor the security parameters in a network. Another major issue is the presence of the human element in the network, which often gets exploited by the attackers.

Artificial Intelligence offers a great deal of benefits to various fields of cybersecurity. AI can rewrite the ways we perform network security, threat detection and threat handling. It allows us to re-invent the network architecture and connectivity methods with the help of intelligent computing machines. Security agencies can develop intelligent networks, which could deploy self-learning algorithms and machines to handle data breaches or other types of cyber threats. According to experts, the emergence of AI will replace the ‘vulnerable’ human element with super-intelligent bots. The dawn of AI has the potential to bring great prosperity to the cybersecurity.

Researchers from the Computer Science and Artificial Intelligence Laboratory at the Massachusetts Institute of Technology recently revealed a new system, named AI2 that combines AI and human efforts to identify cyber attacks. According to the researchers, AI2 can detect 85% of cyber attacks while also reducing the number of “false positives” often picked up in cybersecurity scans to a little under 5%.

Now, let’s look at the other side of the coin. Many scientists and visionaries have always considered AI as a threat to humanity. Elon Musk and Stephen Hawking are among the big names on this side of the argument. With the current phase of progress in the AI field, experts say computers do not pose any threat to human beings in the nearby future. But when I said about looking at the other side of the coin, I was not aiming at a ‘Terminator program’ which is created by the AI computers to end the human race. Rather, I was referring to the attacker who leverages AI to its benefit to learn user behavior and perform reconnaissance on his targets. Such an attacker has super-intelligent, harmful algorithms and self-controlling bots (zombies) in his arsenal. This attacker can automate and execute attacks using high-end bots which are capable of understanding and responding according to the scenarios they come across.

When the cyberspace becomes intelligent and self-learning, the human element will be removed from the network. What we are about to witness is a battle between good AI and bad AI. When the virtual world starts to evolve itself without the limitations of ‘the weak’ human mind, nothing is predictable. Probably that’s the reason behind Google’s plan to build a ‘Kill Switch’ which can shut down all AI systems in their network at once.

Only time will tell where we end up with the amazing power of AI.