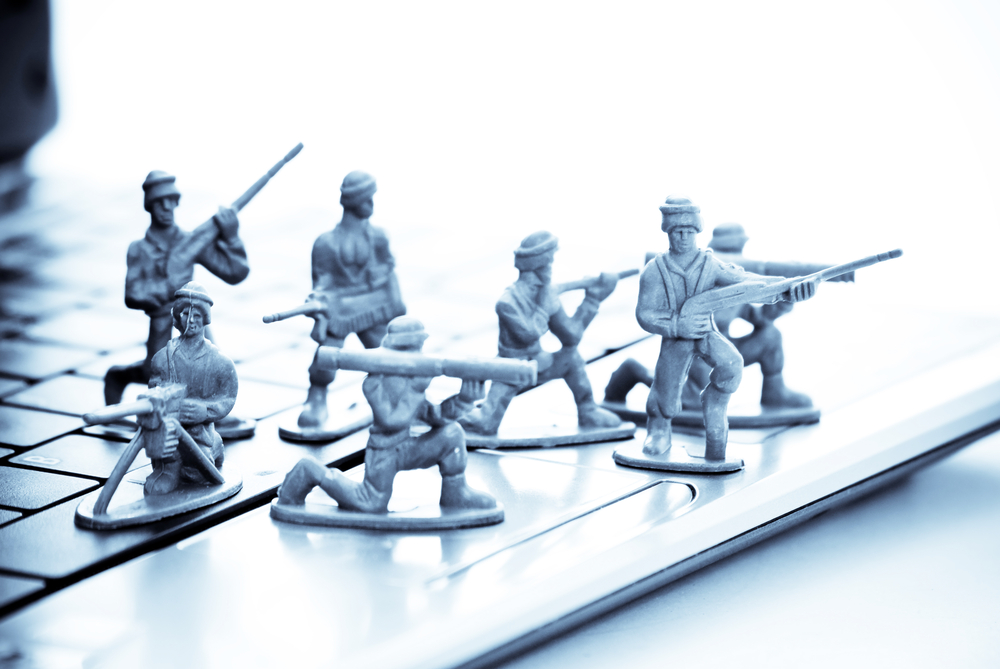 The present state of cyber security is in trouble as the industry is experiencing more number of successful attacks and the statistics are rising in a dangerous way. The end of 2016 and the past few months witnessed a lot of sophisticated cyber attacks, which compelled the countries to think about the safety of their cyber network. Moreover, it is not just the public network suffering from attacks and breaches, governments are too facing the same and a small hack to the government network can put the nation's security at risk. As none of us can really understand the objective of hackers, the only way to avoid such risks is building a strong cyber vault, which is free of flaws.

There is no doubt that the issue of cyber security gained public spotlight at the end of 2016, and was constantly highlighted throughout the controversial US presidential election and the high-profile hacks of Yahoo! and LinkedIn. The point is, cyber attacks never fail to dominate the headlines of the newspapers and if any country gets the proof of state-sponsored hacks, the age of cyber warfare could begin, where cyber attacks are used as a major weapon to destroy the nation's defense system. As countries sensed the dangers of cyber space, the race started between the systems to detect cyber threats and neutralize the potential dangers.

Nonetheless, comprehending what exactly the cyber threats countries are going to face in the near future is just half of the battle. With so much at stake, it is essential to reinvigorate the cyber security. Let's have a look at how countries are prepared for this new age warfare.

Recently, the US cyber attacks on North Korea's Missile Program shows that the nation is "on the cutting edge" of cyber technology, at the same time, the DNC hacks made people question US cyber capabilities in neutralizing attacks and breaches. In order to keep up with the rate at which the cyber technology is growing, America is devising its own cyber strategies to mitigate cyber attacks. The USA's, Cyber Mission Force works on three main objectives – to defend nation's DoD networks, systems and information, defend the US Homeland and US national interests against cyberattacks, and provide cyber support to the military operations and contingency plans.

The Cyber Mission Force will have 133 teams out of which 13 National Mission Teams work towards defending the US interests against cyber attacks, 68 Cyber Protection Teams work towards protecting the DoD networks and systems against threats and breaches, 27 Combat Mission Teams offers its support to Combatant Commands by generating integrated cyberspace effects in support of operational plans and contingency operation and 25 Support Teams provide analytic and planning support to the National Mission and Combat Mission teams. Over the next ten years, USA is planning to integrate cyberspace offensively as well as defensively.

Gen. Charles L. Moore Jr, the Joint Staff’s deputy director of global operations has said that cyber warriors should work tactically and as the capabilities grow, they continue to engage all of the combatant commands to make sure cyber-enabled effects are being considered and work towards the benefit of all current and future operations.

Russia's Cyber Capabilities are not new to the World. If we consider the allegations made by the USA, Russia played a major role in hacking DNC system. Besides, the UK foreign secretary said that Russia has the ability to disrupt UK politics with cyber-attacks. Controversy on non-controversy, the recent reports shows that Russia cyber capabilities have reached a new threshold. Dr. David Stupples, director of the Centre for Cyber Security Sciences at City University London said that from around the year 2007, the country decided that information warfare was the key to win any world conflict and decided to build their capabilities in this arena.

Russian defense minister, Sergey Shoigu said that the country has expanded its Information Operation Forces, which actively involves in cyber-war. According to the former military commander-in-chief Gen. Yuri Baluyevsky, the victory of information warfare is utmost important when compared to classical military conflict, as it is bloodless, but have the potential to paralyze the enemy state's total power structures.

According to the NATO intelligence services, Russia has one million programmers engaged in cybercrime and these programmers are affiliated to 40 Russian-based cybercrime rings. The report also says that Russia employs proxies to carry out cyber attacks, which no countries could feasibly match this level of manpower and talent to do the job without making the noise.

In February 2014, China declared its intent to build a strong cyber security. Since then the country implemented many successful measures and in December 2014, China introduced a new set of cybersecurity regulations, which was intended to promote China's domestic cybersecurity industry. But, in May 2015, China, for the first time, in its Military Strategy report expressed its idea towards building a strong cyberspace. However, China's cyber capabilities continually evolved in parallel to People's Liberation Army’s (PLA) military reforms and modernization drives.

The PLA's Strategic Support Forces (SSF) envisioned the cybersecurity operations under the conceptual umbrella of INEW (Integrated Network Electronic Warfare), also known as "wangdian yitizhan". According to the China, INEW has a holistic representation, which combines the coordinated use of cyber operations, electronic warfare, space control, and kinetic strikes to create blind spots if it notices any adversary in C4ISR systems. China's network swarming warfare envisions its future campaigns as multi-directional maneuvering attacks, which are conducted in all domains simultaneously: ground, air, sea, space, and cyberspace.

Apart from strengthening its cyber capabilities, China has also intensified its cyber diplomacy by taking part in the World's Internet Governance. The country believes that in this information age, with the endless emergence of new technologies and sophisticated cyber attacks, only practical efforts, strong and logical cybersecurity policies can strengthen the country's cybersecurity and governance in cyberspace.

The country created a security triangle, which involves deterrence, early warning, and a decisive operational victory. According to Israel's national security concept, deterrence refers to building defensive as well as offensive cyber capabilities, which discourages the enemies from attacking the country's cyberspace. Early warning helps the country to know about the cyber-developments of other countries that can put the nation's security in jeopardy. This step is most critical for Israel and its economy in order to keep functioning normally under any circumstance. The decisive operational victory enables the country to build sufficient military power to win a conflict if early warning fails.

Israel eventually drove most of the Arab states to a grudging acquiescence by implementing its cybersecurity policies successfully. Besides, the government has also invested a lot of resources in promoting its security-related research and in developing highly sophisticated combat means. The Israel Defense Forces (IDF) also planning to increase their power on advanced weapons and creative technological solutions, which makes IDF as the most advanced cyber army in the Middle East.

The United Kingdom has invested £1.9 billion in cyber security with an objective to protect the country from cyber attacks and developing sovereign capabilities in cyberspace. The chancellor, Philip Hammond has said that a major part of the investment goes towards fighting with those who threaten the UK in cyberspace and relentlessly pursue anyone who persists in attacking us. Besides, the offensive cyberattack capabilities act as a part of the country's cybersecurity strategy.

According to the British government, offensive cyber capabilities strengthens the law enforcement to raise the cost of cybercrime, build international partnership and defend itself against attacks and launch a cyber surge back onto the enemies who try to harm the country. They recruited 50 top-notch cyber crime investigators having an ability to provide a powerful and highly visible investigative response to the most serious incidents of cybercrime. These specialists work within National Cyber Crime Unit.

The National Cyber Security Unit (NCSC) will be responsible for keeping the private and public sectors updated with the latest cyber threats and ensure their safety against every-growing cyberattacks. Ian Levy, the NCSC’s technical director has said that all hacks can be boiled down to a software problem and these vulnerabilities can be fixed if they’re caught soon enough and if we notice the cyberattacks, only a negligible number of hackers are using advanced techniques. On contrary, a major part of cyberattacks was happened due to software vulnerabilities.

In order to mitigate cyber attacks and build a strong cybersecurity, the British government is working on four main objectives – i) To tackle cyber crime and build the most secure place to do business in cyberspace ii) Become resilient to cyberattacks and protect the country’s interest in cyberspace iii) To build open, stable and vibrant cyberspace, which is safe for public use and support open societies iv) To have cross-cutting knowledge, skills and capabilities which the government can underpin to all its cybersecurity objectives.