​Everything You Need to Know About WannaCrypt Ransomware Attack

An international outage has been caused by the biggest ransomware attack ever. The hackers using WannaCrypt ransomware have hit hospitals, schools, companies and government institutions in at least 100 countries across the globe, encrypting system files and causing massive disruption in the targeted organizations. The reports of the attack first came from Spain’s largest telecom network service provider that was quickly followed by 16 hospitals in England’s National Health Service being affected. The attack on the hospitals rendered doctors and nurses locked out of patient's’ records unless ransom was paid.

As per details revealed by the security company Avast, more than 75,000 cases of ransomware infections in 99 countries were detected. The report further said that majority of targets were found in Russia, Ukraine and Taiwan. However, India did not remain immune to these attacks as computers belonging to Andhra Pradesh police department suffered infection locking the users out of the computers. As per preliminary reports, at least 25% of the computers belonging to the police department have been infected. The initial investigation has traced the attacker to France with the attack method being figured out exploits SMB Eternal Blue Vulnerability (CVE-2017-0145) in the Windows operating system. 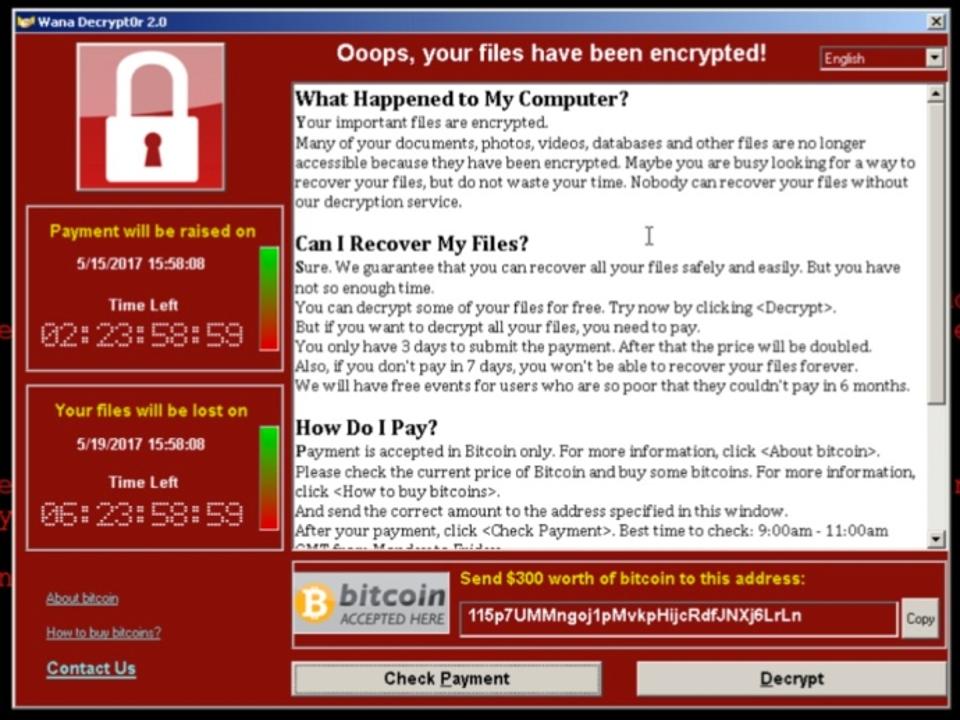 How is WannaCrypt ransomware spreading?

The ransomware WannaCrypt0r 2.0, also known as Wanna Decrypt or WannaCry, spreads through phishing emails disguised as invoice, job offers, security warnings and other legitimate files. Once the unaware user clicks on the malicious attachment in the email, the dropper is delivered onto the system and thereafter exploits the SMB Eternal Blue Vulnerability (CVE-2017-0145) in the Windows operating system. After execution, the dropper then connects to the following domain that was initially unregistered:

As per a warning issued by Microsoft, blocking the domain with a firewall will make the ransomware continue spreading like a worm over the network and encrypt the files over the system.

This attack is a loud and clear wake-up call for all. Basic cyber hygiene can provide significant immunization against such attacks. Below are the detailed guidelines that individual users and organizations should follow to nip the WannaCrypt ransomware attack threat in the bud:

Indicators of compromise for WannaCrypt