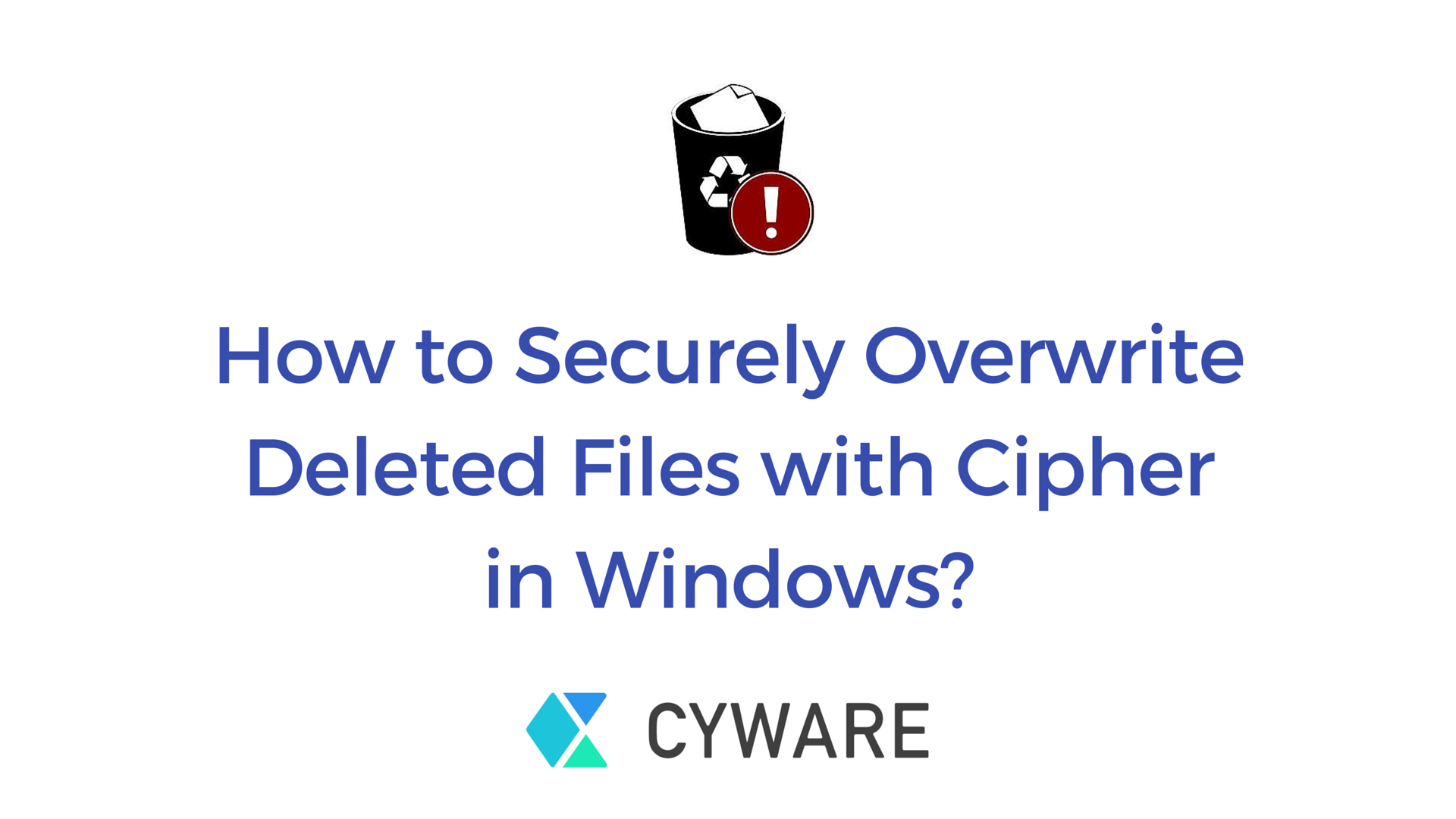 How to securely overwrite deleted files with Cipher in Windows?

Most of us do not realise the fact that even after deleting a file from our PC, it is still not really deleted forever. And someone witht the right skills can still get access to it which can prove disastrous for us. Also, many of us use apps like CCleaner or Eraser that wipe free space on your disk. But today I will introduce you to an inbuilt Windows tool called Cipher.

Cipher overwrites deleted files for you and can even free up some extra disk space in the process.

DIving into the Command Prompt

To use Cipher, we need to run the command prompt which looks like a scary thing to most users. But rest assured as Cipher is a fairly safe tool as long as you don’t give it the wrong command. With that said, it’s always best to backup your data before using such a tool.

It is noteworthy that Cipher can be used to encrypt your data also which we will cover in another post.

First you need to open the command prompt. To do this in Windows 7, go to Start > Run and type “cmd” in the dialogue box that opens up and press Enter. From Windows 8 onwards, you can just go to Start menu and search for “command prompt” which will give you the Command Prompt option in the search results.

Now, if you have a standard Windows installation type or copy the following command:

This command tells Windows to start the Cipher program. The ‘/w‘ switch says to remove any data from the available unused disk space, and C tells Cipeher to do this on the C:\ drive.

If your data is on a different drive such as a partition labeled D:\ simply substitute C for the correct drive letter. For a standard installation, however, C will be the right choice. Now wait for Cipher to finish it’s job. This is a task that you should run when you’re not using your PC for something else. You can run it overnight or on a weekend when the PC is not being used for other work.

Windows will also ask to close any other running programs to help it complete the task faster.
Not only will Cipher help you completely remove old deleted files but it might also free up some disk space as a consequence. I recovered 5GB of disk space on running it on my old Windows PC which was an added bonus.