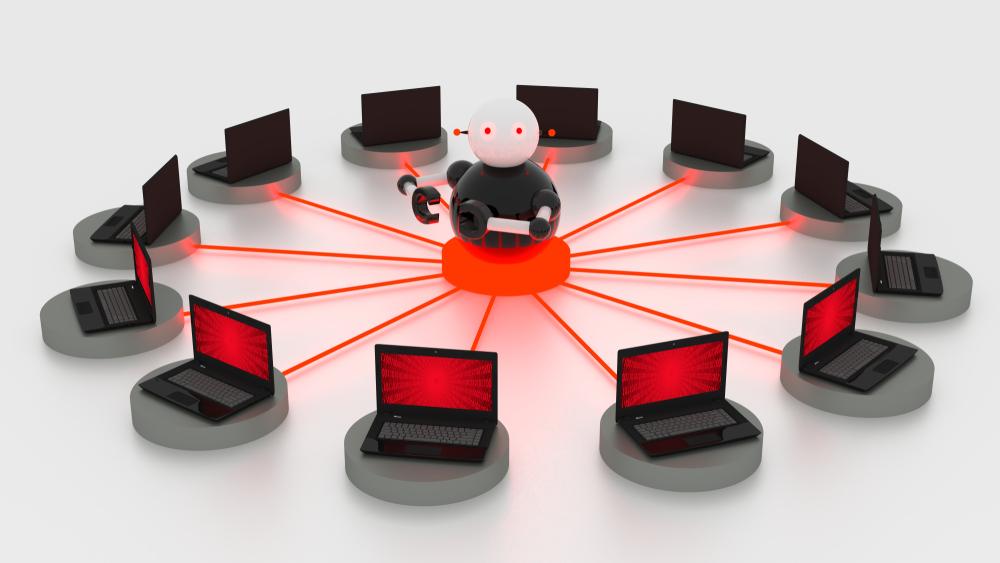 The internet era has evolved enough to significantly reduce human intervention to operate a smart device. Sensors in devices do almost all the jobs of collecting, analyzing, and communicating back. But these advanced features have also attracted some of the notorious minds who want to exploit those via what is known as botnet attacks.
Recently, Microsoft announced a takedown of the infamous Necurs Botnet targeting US-based infrastructure. The botnet had affected around 9.1 million computer systems so far.
What’s a botnet attack?
In a botnet attack, cybercriminals use malware backdoors to infect and take control over a variety of devices. These infected devices are then organized into a network of bots that can be commanded remotely to perform various malicious actions such as a distributed denial of service attack or illicit cryptocurrency mining.
Some of the most dangerous botnet strain include the likes of Earthlink Spammer, Storm, Mariposa, Mirai, Retadup, and more.
Notable attacks in 2019
Botnets have been consistently been one of the top cyber threats worldwide. Over the last few years, several different large-scale botnet attack campaigns have been reported.
Insights from Microsoft’s Necurs Botnet Mission
Comments
As per Microsoft, “This remediation effort is global in scale and involves collaboration with partners in industry, government and law enforcement via the Microsoft Cyber Threat Intelligence Program (CTIP).”
“For this disruption, we are working with ISPs, domain registries, government CERTs and law enforcement in Mexico, Colombia, Japan, France,  Taiwan, India, Spain, Poland, and Romania, among others,” it added.