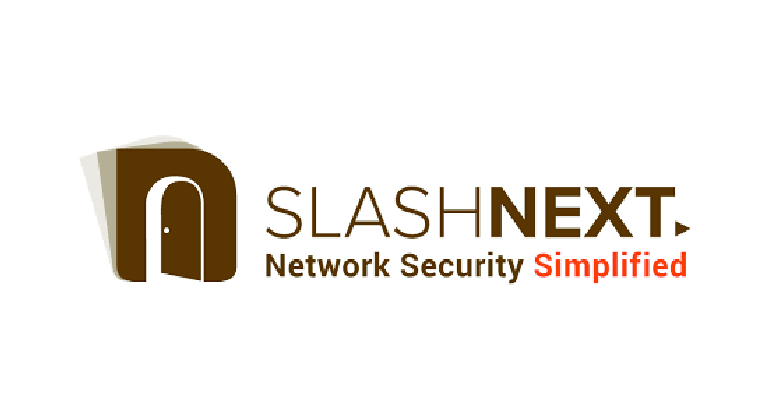 PLEASANTON, CA - Marketwired - SlashNext, the leader in advanced protection against socially engineered attacks, malware, exploits and data theft, today announced the closing of $9 million in Series A funding led by Norwest Venture Partners and Wing Venture Capital. Both Promod Haque of Norwest Venture Partners and Gaurav Garg of Wing Venture Capital will join the board of directors as a part of the new round. This investment brings the company's total funding to date to over $10 million.

"SlashNext is focused on detecting and blocking threats across a broad spectrum, which is the most important characteristic of a cyber security product," said Promod Haque, senior managing partner at Norwest Venture Partners. "With some estimating the worldwide spending on cybersecurity to top $1 trillion in the next five years, the SlashNext team is well-positioned with their deep expertise in the market to build solutions that will combat the dramatic rise in cybercrime."

The company is keenly focused on ease-of-use and a simplified, organized presentation of the most important data. By providing only the critical information necessary to understand the immediacy of a threat and what must be done to mitigate it, the SlashNext Active Cyber Defense System enables IT and security teams to respond to what's really important.

"The SlashNext product has the unique ability to not only stop the most advanced malware, but also socially engineered attacks that spread through social media, email and messaging apps, all without the need for end point agents," said Atif Mushtaq, CEO and founder of SlashNext. "Some of the most significant breaches in modern times have started through hard to detect social engineering attacks. Just think about the latest DNC hack where Russian threat actors compromised John Podesta's email account by simply providing a phishing link to a fake Gmail login page. "

"The threat landscape has evolved to the point where products engineered more than a decade ago are failing," said Gaurav Garg, founding partner of Wing Venture Capital. "SlashNext's powerful and easy-to-deploy software is far more effective than existing solutions, detecting a significant number of intrusions that they miss."

SlashNext's user interface is simple, elegant and easy to use, but behind the scenes, SlashNext implements a cloud-based "Progressive Learning" machine specifically designed to tackle today's broad range of web-based cyber-attacks. Unlike other products that use off-the-shelf machine learning algorithms, or older signature and sandbox based technologies that only focus on files, SlashNext's progressive learning is able to precisely identify not only file-based threats, but also non-file based threats such as data theft and socially engineered attacks as well.

Because of its network-based approach, the SlashNext Active Cyber Defense System protects all network devices including all versions of Window, OSX, Linux, iOS devices, IoT devices, smart TVs, printers, medical devices and SCADA systems. Additionally, since the system does not rely solely on intercepting and examining payloads, it is equally effective when monitoring encrypted traffic -- there is no need to decrypt and then re-encrypt traffic. With no software required on end points and zero policy configuration, system deployment takes about 20 minutes -- even in very large networks.

The system is in full production and has been adopted by a significant list of leading edge customers. It is available for a single cost-effective annual or 3-year subscription that includes all hardware and support costs.

About SlashNext
SlashNext, is the leading provider of cyber-security products designed to detect and block socially engineered attacks, malware, exploits and data theft. Its first product, the Active Cyber Defense System, is based on a unique form of machine learning dubbed "Progressive Learning" that is specifically designed for cyber security. The company was founded in June 2014 by Atif Mushtaq, a former FireEye Scientist. The team is made up of Silicon Valley veterans with broad backgrounds in cyber security, networking, telephony, and IoT. Investors include Norwest Venture Partners and Wing Venture Capital. For more information, please visit http://slashnext.com.

About Norwest Venture Partners
Norwest Venture Partners is a global venture capital and growth equity investment firm that manages more than $6 billion in capital. The firm targets early to late stage venture and growth equity investments across a wide range of sectors including: technology, information services, business services, financial services, consumer products/services and healthcare. Headquartered in Palo Alto, Calif., Norwest has offices in San Francisco and New York, and subsidiaries in Mumbai and Bengaluru, India and Herzelia, Israel. The firm has funded more than 600 companies since inception. For more information, please visit http://www.nvp.com.

About Wing Venture Capital
Founded in 2013, Wing Venture Capital is the best-of-breed venture capital firm devoted to early-stage, long-term company building in business technology. Wing emphasizes craftsmanship over volume, and engages deeply with founders to help them create companies that matter. The body of work of Wing's award-winning team spans more than two decades and dozens of successful early-stage companies, 16 of which went on to achieve billion-dollar-plus outcomes following IPOs or acquisitions. For more information, please visit http://www.wing.vc.