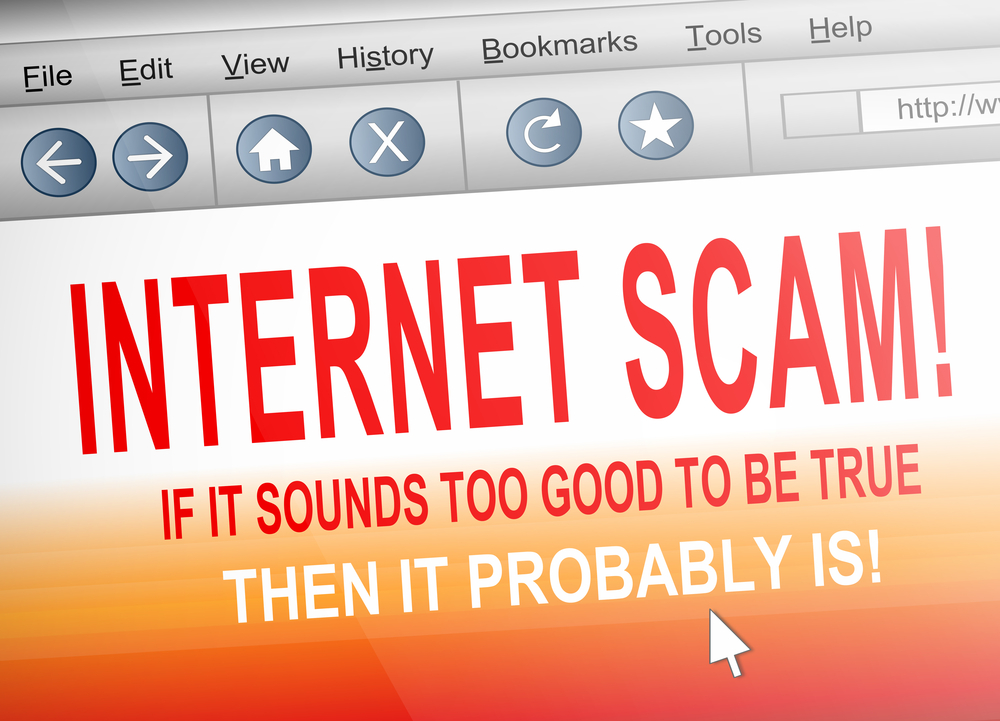 We are barely through the first quarter of 2017, but we have already witnessed a significant number of cyber scams that affected millions of people. Cyber criminals have devised sophisticated ways of stealing money and personal details from a sea of general Internet users from all across the globe. Nobody is free from these cyberthreats; you just have to be extremely careful about how you access the World Wide Web and the various platforms that you visit.

College students across the United States are targeted in a common employment scam. Scammers advertise fake job opportunities on the college employment websites, and/or students receive e-mails on their accounts recruiting them for a fictitious position. This employment results in a financial loss for participating students. The Better Business Bureau (BBB) Scam tracker has received more than 2,000 reports of employment scams nationwide, totaling more than $10.8 million in losses. Texans have reported losing more than $40,000 to this scam.

According to the Federal Trade Commission(FTC), the scammers ask an upfront fee for services or training materials. They also claim that they can guarantee a job placement after the student pays the upfront fee; however, the promised job is never realized and the scammers stop answering the student calls. If you need to pay first to get the job or if you're compelled to disclose credit card or bank account number, that’s a red flag and it is advisable to ignore such lucrative offers.

Recently, over 87 fake Minecraft apps have been discovered in the Google Play Store, with a combined total of 990,000 installs. These apps when downloaded expose users to scams and aggressive ads. Fake apps are divided into two categories – the ad-displaying downloader detected by ESET as Android/TrojanDownloader.Agent.JL and fake apps redirecting users to scam websites detected as Android/FakeApp.FG.

The ad-displaying category had 14 apps disguised as Minecraft mods, of no real functionality and the users are forced to download an additional component manually that display out-of-app advertisements. On contrary, the apps that redirect to scam websites use an old trick whereby a download button is displayed, which redirects the user to an external website, which displays obtrusive content such as ads, free coupon offers, jackpot wins and pornography, along with fake updates and fake virus warnings attempting to scare the user.

It is the month of March and most of us are in hurry to file our tax returns. On the other hand, there are countless cyber criminals who are already filing fraudulent returns on your behalf. IRS saw an approximate 400 percent surge in phishing and malware incidents in this tax season. The scammers are using various strategies to trick taxpayers into thinking that they are communicating with IRS officials or others in the tax industry, including tax software companies.

In order to protect your refund from cyber criminals, it is recommended filing your federal tax return as soon as you receive all necessary documents from your employers and other income sources. Although there are many relevant software services that help you to file tax returns, it is suggested working with a tax professional to ensure your data is safe and secure.

SMiShing is similar to email phishing tactics, however, in SMiShing, the hackers trick the users through SMS or text messaging. The Bank of Ireland has warned its customers against this spam and advised them to not to act on any hoax text message, which claims their online access is seized for some reasons and prompts them to click a link in order to unlock it.

The cyber criminals incorporate a personalized touch to make the text message look genuine and sometimes they call a person claiming to be not-too-distant relative and create an urgency to get money. Sometimes the phone numbers, which the criminals use may show up as unknown, or private number. To safeguard against SMiShing attacks, it is recommended calling the contact you have for your family member to confirm whether the proposed narrative is true or not and ensure you aren’t being scammed.

Billions of phishing emails purporting from trusted companies such as PayPal and Amazon are leaving consumers vulnerable to the highly sophisticated scams. The scammer's intention is to trick the users and provoke them to enter personal details such as email addresses and passwords and financial details. Cyber criminals user these details in so many ways such as accessing your bank accounts, making payments or applying for credit or other services.

The Amazon Scam email comes in various forms such as order confirmation of items, which customers didn’t buy (sometimes the order confirmation comes in the form of attachment) or a request is sent to update the payment information or send a message with links to fake websites that look like Amazon but actually prompt the installation of software. These emails normally come from a forged email address and contain many typographical or grammatical errors.