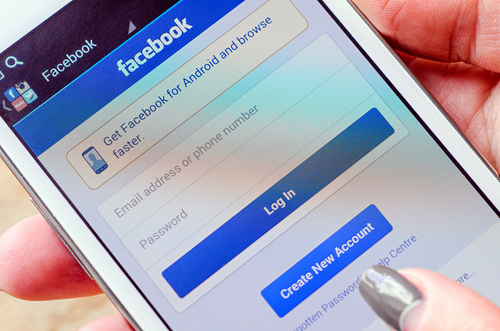 Identity thefts and scam via social media soared by 150 percent crosswise over Facebook, Twitter, Instagram, and LinkedIn in 2016. What's more, the number is probably going to keep moving as more digital convicts consider social media to be a productive target.

Things being what they are, what should businesses do? Get off the social media altogether? Well, no.

For most brands today, social media is basic to their marketing and success. To pull away would mean risking critical stakeholder engagement and market opportunity.

In this post, we'll take a gander at five of the most widely recognized social media security risks and offer tips on the best way to shield your business from them.

From inadvertent tweets to accidental taps on phishing links, human error is a standout amongst the most widely recognized social media security threats to brands today.

In 2014, a US Airways representative unintentionally posted an X-rated picture to the organization's Twitter channel. Named ‘the worst tweet of all time’, the blunder cost days of negative press coverage. While the organization, at last, made it out unscathed, the incident showed exactly how rapidly things can turn out badly because of human error via social media.

The internet is overflowing with malicious software—extending from malware and spyware to adware and the abhorrence ransomware assortment.

A standout amongst the most complex assaults to go down on social media in recent memory was that of the Locky ransomware. At first spread through email attachments, Locky specifically focused on social networks through the circulation of corrupt jpegs.

At the point when an unwary user clicked and opened the picture, Locky would quickly encrypt all their PC documents. A ransom note would soon take after demanding the user make a payment in return for a key to open the user files.

Like malicious applications, phishing tricks utilize social media to trap individuals into giving over personal data. Phishing endeavors on social media took off by a shocking 500 percent in 2016—to a great extent ascribed to false customer-support accounts focusing on user on Facebook, Twitter, Instagram, and LinkedIn.

One such case was the Facebook "fake friend" phishing assault that made the rounds in 2016. As per worldwide cybersecurity watchdog, Kaspersky Lab, a great many users got a Facebook message saying they'd been mentioned by a friend in a comment. At the point when the user tapped on the message, the scam would automatically download a malicious Chrome extension onto their PC.

Once installed, the malicious document would grab hold of the user's Facebook account—where it would then retrieve the user's personal information and further spread the infection through that user’s friends.

What not to do When Infected by a Malware