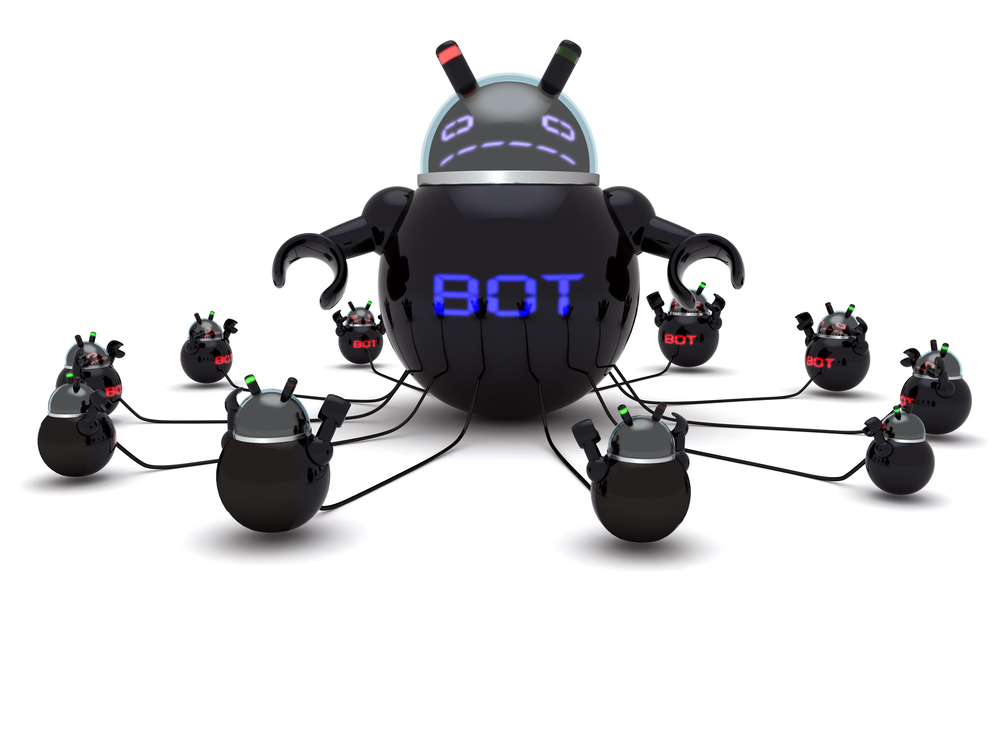 Botnet is a network of malware-infected-computers working with a single malicious intent of affecting a system. Botnets are more sophisticated when compared to malware or spyware - so much, that most users do not even realize that they have been affected by Botnet. Botnet generally connect through bots(infected network) which take control of the entire system, using virus or worms. Once hackers have control of your system, Botnet can do different types of attacks using your IP address and make your device a remote controlled robot to conduct illegal activities.

Botnets are more powerful because cyber criminals thousands and sometimes lakhs of computers remotely to hack your system; and can spread through all systems very fast.

Bot Master or Botnet Herder is a centralized Botnet which several PCs under control through an an individual server. Each botnet server maintains a communication between each other under the control of Bot Master and maintains the network. Symptoms of being affected by Bot Master includes : sudden system shut down, strange emails appearing in your mailbox, corrupted files and unknown error messages.

Instead of targeting devices directly, some Botnet owners rent it out to spammers - who send thousands of messages from infected machines to unknown users, within a short period of time. These spam mails not only infect devices but also collects email addresses and other personal information. From the information thus obtained, Botnet will add new email addresses to its list and use it to spread across from one system to another.

DDoS are typically carried out using Botnets. The recent Dyn DNS attack carried out in the United States is a perfect example. Through remotely controlled network of control servers, Botnet executes the DDos attack on the website servers, making the websites completely unavailable to the users.