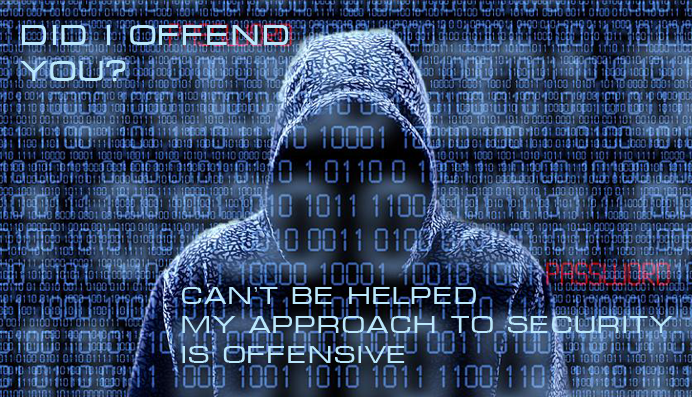 Cybersecurity has been an ever changing domain. Now, it is about to reach a very dangerous stage, where ‘attackers vs defenders’ changes to ‘attackers vs attackers’. The recent increase in the number of cyberattacks and the increasing level of dependence on cloud networks has urged cyber security professionals to look for new perspectives. We are looking at a new world which is sharpening its claws to defend itself. An offensive approach to cybersecurity is widely considered as an effective method to secure the cyberspace. This approach has opened doors for many possibilities for cybersecurity in the local and global market.

Taking cybersecurity to the next level

Incorporating ethical hackers is the latest trend in the industry because of the fact that these individuals (ethical hackers) can take the security to the next level. The job of these professionals will be attacking their own network constantly with the latest techniques to identify the loopholes and closing them and even designing honeypots to catch the offenders. The offensive cybersecurity approach should be used only for analyzing and improving security infrastructure. Using offensive resources, methods like counter attacks or espionage will only result to more disputes and distress.

Governments are conducting ‘Hacking Contests’ and bug bounty programs to improve their network security, this is a good example to identify the change in perspective of cybersecurity. Nations are passing new law to bring the cyberspace under their control. Taking the fact that cyberspace has no boundaries and the majority of inhabitants are general users, the offensive approach will grant the authority a supreme position where they (authority) can access anywhere and do anything. It can be considered as extension of phone tapping and internet tapping. The days when military using malware to attack enemy bases are not far away. In fact, the US military has already tested their cyber warfare capabilities against terrorist organization called Islamic State.

This big change (offensive mind-set in cybersecurity) in the direction of cybersecurity is a threat to the balance between privacy and security. All industries which are connected to the Internet will be affected directly or indirectly by this offensive approach. Cybersecurity firms will find their place in the market by developing new and upgraded networks. At the same time, the attackers will also seek new approaches to breach the ‘newly evolved’ network. Malware will be more faster and complicated, leading to faster and more lethal attacks. We are stepping into a new-era in the cybersecurity. When the attackers and defenders behave alike with ‘cyberarms’, only time can tell what we are going to witness. Since cyberspace is a common domain, this change is going to affect every single device and user on the planet. Let’s hope that these changes will not damage the equilibrium in the cyberspace and will not lead to another global dispute.

EU’s new Cybersecurity law: A stepping stone for the le ...