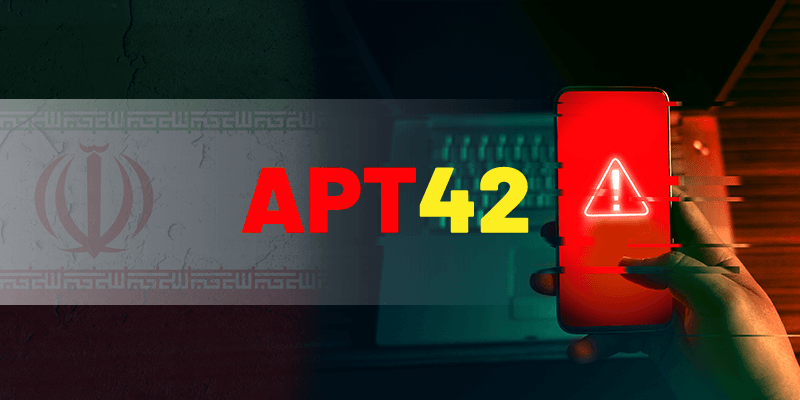 Iran-based APT42 is a cyberespionage threat group that has been stealing information and performing surveillance operations since 2015. The group is believed to be working on behalf of the Islamic Revolutionary Guard Corps’ Intelligence Organization (IRGC-IO). Its operations are aimed against organizations and individuals that are of strategic interest to the Iranian regime. The assessment is based on targeting patterns aligning with the organization’s operational mandates and priorities that are similar to various other Iranian threat groups. APT42’s time of activities coincides with other publicly reported activity clusters from Iran, including Yellow Garuda (PwC), TA453 (Proofpoint), ITG18 (IBM X-Force), Charming Kitten (ClearSky and CERTFA), and Phosphorus (Microsoft).
Researchers have observed over 30 confirmed targets in 14 countries since early 2015. The targeted sectors include civil society and nonprofits, education, government, health care, legal and professional services, manufacturing, media and entertainment, and pharmaceutical. Looking at the group’s high operational tempo, visibility gaps in targeting personal email accounts, domestically-focused efforts, and wide range of open-source industry reporting on attack clusters believed to be linked with APT42, its official attack count is hard to swallow.

The APT42 threat group often uses highly-targeted spear-phishing and social engineering techniques for building trust and close relationships with its victims in its endeavor for espionage. The group’s tactics and operations can be broadly understood in three steps:
Credential harvesting: Through spear-phishing campaigns, hackers compromise credentials for gaining access to the networks, devices, and accounts belonging to employers or colleagues of the prime victims. Further, it uses credential harvesting by leveraging tools such as TameCat, TabbyCat, and VbrevShell to gather MFA codes for bypassing authentication methods.
Surveillance operations: Since 2015, a part of APT42’s infrastructure has been used as C2 servers for Android mobile malware - VINETHORN and PINEFLOWER. Both malware can track device locations, monitor phone and email communications, and perform surveillance activities of persons of interest to the Iranian regime, such as dissidents and activists.
The group extensively used the PINEFLOWER Android malware to compromise dozens of Android devices believed to be related to individuals living in Iran between July 2020 and March 2021. Meanwhile, the VINETHORN payload was seen masquerading as a legitimate VPN app between April and October 2021.

APT42 uses several custom backdoors and lightweight tools. Security analysts point out that most of the source code in its malware is copied from open-source code publicly available on GitHub. Once APT actors have successfully authenticated to a victim’s personal or corporate email account, to maintain persistence, the group registers its own Microsoft Authenticator app as a new MFA method. The group often uses lightweight malware, some of which are based on publicly available scripts, such as BROKEYOLK, CHAIRSMACK, GHAMBAR, MAGICDROP, POWERPOST, PINEFLOWER, TABBYCAT, TAMECAT, VBREVSHELL, and VINETHORN.
For escalation of privileges, the group uses custom malware capable of logging keystrokes and
stealing logins and cookie data for common browsers in a victim environment, including CHAIRSMACK, DOSTEALER, and GHAMBAR.
To maintain a presence in a victim’s environment, the group uses custom malware with scheduled tasks or Windows registry modifications, such as CHAIRSMACK and GHAMBAR. Further, the group utilizes GHAMBAR and POWERPOST malware that are capable of taking screenshots and gathering system and network details. The group has been observed using SilentUploader uploader (written in MSIL) that is dropped by DOSTEALER.

Microsoft claimed a connection between APT42’s intrusion aligned with UNC2448 and APT35. All of them are believed to be working on behalf of IRGC. APT35 operations have been long-term and resource intensive, mostly targeting the U.S. and Middle Eastern military, diplomatic, and government personnel. Additionally, the group has been targeting organizations in the telecommunications, energy, media, business services, engineering, and defense industrial base. While APT35 targets different industries, APT42 focuses on entities for domestic politics, foreign policy, and regime stability purposes.
The group’s activity further aligns with other organizations referring to threat activity as ITG18 (IBM), TA453 (Proofpoint), and Yellow Garuda (PwC). The group is also consistent with a sub-section of the publicly reported threat cluster Charming Kitten (ClearSky/CERTFA).

With 30 successful attacks across over a dozen countries, the APT42 group’s main targets have been organizations and individuals identified as opponents or enemies of Iran. The operations have similar targeting as other Iranian espionage actors, with a large portion of activities focused on the Middle East. However, the group has also regularly targeted Western think tanks, journalists, researchers, current government officials, former Iranian government officials, and the Iranian diaspora.
Some APT42 actions suggest that the group keeps changing its operational focus as Iran’s priorities evolve. For instance, its targeted operations aimed at the pharmaceutical sector during the COVID-19 pandemic in March 2020. Moreover, it focused on domestic and foreign-based opposition groups before the presidential election of Iran. Such instances speak volume about the group being trusted (or backed) by the Iranian government to react to geopolitical changes by calibrating its operations as per the ongoing geopolitical situation.
Credential stealing attacks: In May 2017, the group targeted the senior leadership of an Iranian opposition group operating from Europe and North America by using spear-phishing emails pretending to be legitimate Google correspondence. The emails included links to fake Google Books pages redirecting to sign-in pages for stealing credentials and 2FA codes. In April 2018, the group targeted the Gmail account of an Iranian environmental activist using a fake login page. This targeted individual was arrested by the Iranian government in 2018, when the government had taken some strict actions against environmental activism in Iran. In October 2019, the group tried to steal the personal Gmail credentials of a newspaper editor and Iranian lecturer in Israel. In June 2020, the group sent a spear-phishing email to an employee of an NGO in the U.S. who had previously published on the situation of Iran’s civil society.
In February 2021, the group targeted the personal email credentials of a senior Israeli government official using a credential harvesting page disguised as a Gmail login page. Almost a year later, the group impersonated a genuine British news organization for stealing email credentials of professors having ties to local governments or relatives holding dual citizenship with Iran.
Surveillance attacks: In July 2021, threat actors hosted malicious web pages masked as an adult content website and a free audio/video calling and IM software. The landing pages profiled all the visitors, requesting them to enable location services, and the collected details were sent to a hard-coded Telegram chat. A landing page was seen supporting a smartphone format suitable to Arabic users, implying that Arabic speakers were also targeted.
Most recently, the PINEFLOWER malware was used to target Iran-based individuals with connections to universities, reformist political groups, and human rights activists between June and August 2022.
Malware attacks: In September 2021, APT42  hacked a European government email account to send a phishing email to 150 recipients who were employed by civil society, government, or intergovernmental organizations worldwide. The email had used lure content related to the organizational chart of an embassy in Tehran and included a Google Drive link to a malicious macro document leading to a PowerShell toehold backdoor, identified as TAMECAT.
In January and February 2022, APT42 hosted various malicious Office documents on AWS, Google Drive, and Dropbox. The documents used geopolitical themed decoy content in spear-phishing emails and downloaded a password-protected remote template document using OneDrive links. These documents led to the delivery of TABBYCAT (a VBA-based dropper) and VBREVSHELL (a reverse shell macro). The infrastructure used by threat actors in March 2022 was found hosting malicious PowerShell code in the banners of odd ports. The code, when executed, obtains additional PowerShell payloads including a custom reconnaissance tool (POWERPOST) that gathers data on a local host, such as system information and local account names.

The first step toward ensuring safety against APT42 attacks is to protect important information with adequate encryption, aligned with proper access control against espionage operations.   Government officials and employees must be provided with phishing-related training to identify spam emails and  respond to such threats with much ease. To stay safe against Android malware, users should avoid downloading apps from unknown or third-party sources and avoid clicking on suspicious links that come with SMS, emails, or messaging apps. Organizations should stay ahead in all key developments in the threat landscape, and their security teams must operationalize threat intelligence to proactively identify and mitigate the risks. Such a proactive security strategy helps in improving overall threat prediction and producing actionable insights for better security.

APT42 targets foreign  officials, commentators, and journalists located in the U.S. the U.K., and Israel, and working on Iran-related projects. Additionally, surveillance activity displays real-world risk to individuals, such as Iranian dual-nationals, former government officials, dissidents inside Iran, and those who fled the country for their safety.
Researchers expect no major changes to APT42’s operational tactics and target patterns based on a long history of activity. However, the group showed its ability to quickly change its focus as Iran’s priorities change over time with changing domestic and geopolitical situations. Thus, experts claim that there is a high probability that APT42 group will remain active with its espionage operations in near future with new or improved tools and techniques.