Know Why ORWL PC is the most secure Home Computer ever! 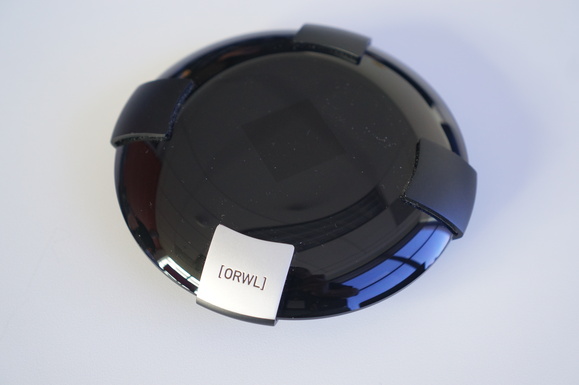 What is your perception of the most secure home computer ever? Something from the future? Exactly, same is the design of the ORWL home computer. It’s a saucer shaped similar to what UFOs look and very small in size akin to a mid sized ashtray. Inspired by George Orwell, Design Shift built ORWL computer is being touted as the world’s most secure home computer. The super secure PC is now under production now after the requisite funds of $25000 were raised on Crowd Supply. So what makes this small gadget most secure? In this article we will discuss the features of ORWL which put it in altogether a different league.

The saucer shaped x86 PC is specially built to prevent any intrusion into the machine. In a typical computer even if you prevent entry by putting BIOS password that can be easily removed by removing the BIOS battery. Even if you put an alarm on a commonly used computer when the case is forcibly cracked open the attacker can bypass that by simply drilling a hole in the case first and disabling the pressure switch.

But when it comes to x86 ORWL there are multiple pressure points and a wire mesh that entangles the entire shell from within. If the attacker tries to forcibly open the case or drill a hole to disable one pressure switch, the other pressure points would trigger an alarm and make the data totally inaccessible by erasing the encryption key.

It would be important to note that unlike typical computers ORWL stores encryption key in security microcontroller and not the hard drive. Add to this the wire mesh if continuously monitored for any changes in impedance through a data that is randomly generated by the security microcontroller. All the attempts to bypass it will lead to deletion of the encryption key.

The security standards of this small computer are so high that even if you FREEZE the device to slow down the movement of electrons in the microcontroller in an attempt to render it ineffective, even that won’t work because the micro controller constantly monitors temperature and any significant changes would lead to deletion of encryption key. One cannot even retrieve the data from RAM which stores the information for few seconds. This is because RAM is soldered to the motherboard and cannot be removed easily. So you should forget about the old school trick of removing it and then storing it in liquid nitrogen to prolong the retention of data.

The Bluetooth LE of ORWL has been designed in such a way that it will auto lock once the user is not nearby the device. To protect against the threats from external devices the designers of ORWL have built only two USB Type C ports. The system has been built in a way that it cannot boot from external devices unless intentionally set to. These are some of the major features of ORWL which set it in a different class altogether when it comes to secure computers. However, you would still require to buy a mouse, a monitor and a keyboard to make it function like a normal computer.

How to remove Cerber 3 Ransomware from your computer?

Get in touch with us now!