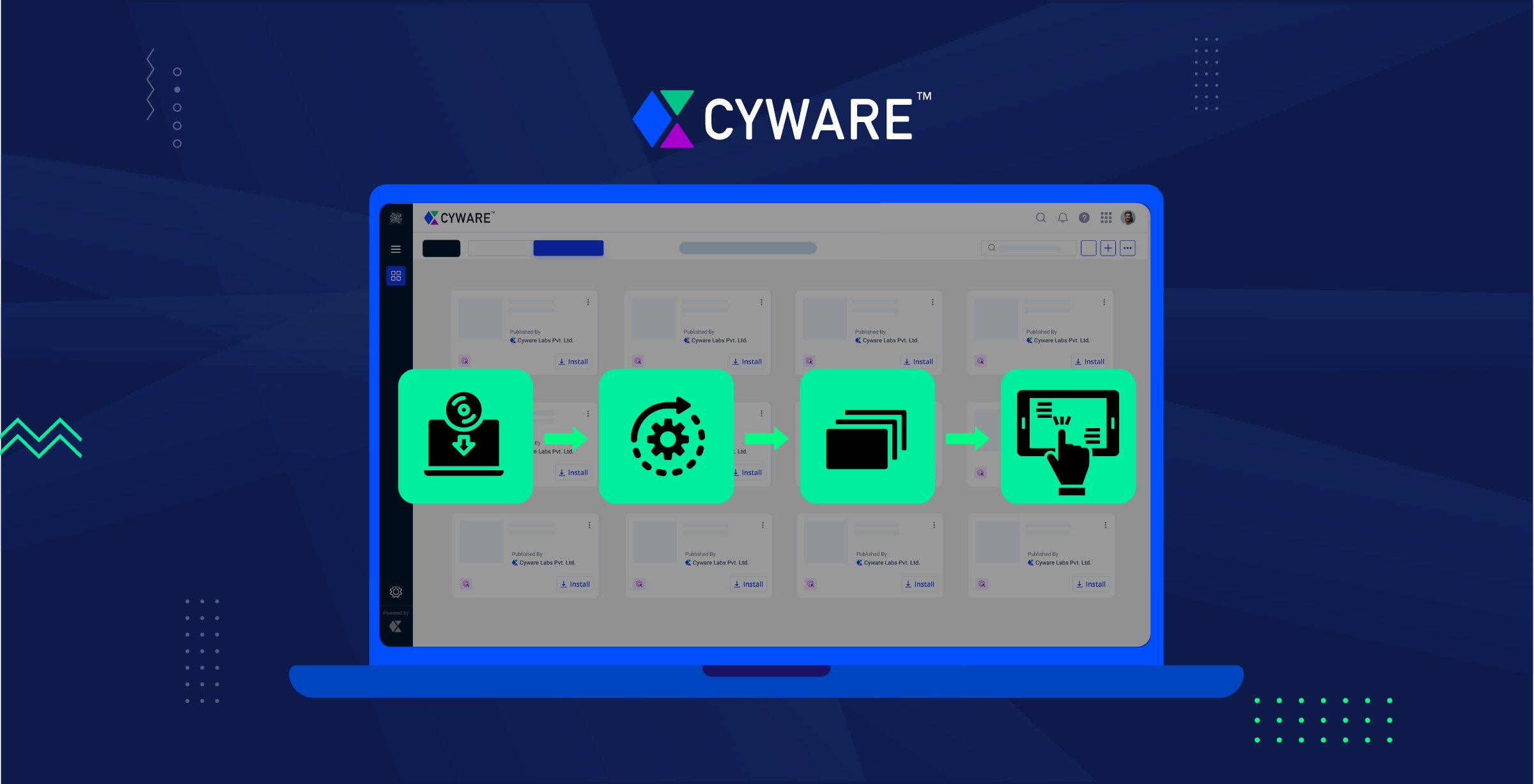 A good orchestration solution must integrate with a wide variety of security, DevOps, and IT products and tools. What differentiates an advanced orchestration solution from a conventional one is the level of ease that the former provides to users for managing these integrations/apps. Realizing the significance of integrations, we are integrating a dedicated Appstore into our orchestration solution, Cyware Orchestrate (previously known as Cyware Security Orchestration Layer).
The latest version of Cyware Orchestrate comes with an Appstore that contains a wide range of apps, which can integrate with other security tools to streamline an organization’s existing security processes and help them take a more comprehensive approach to security orchestration. With the ability to create, install, uninstall, clone, import, and export apps, users can easily manage their apps with our new Appstore.

Users can now install apps, configure parameters, create instances, and then use these apps in a suitable Playbook. When the Playbooks are implemented, all the actions configured for the app are executed. Users can create, edit, and uninstall apps, as well as perform various other operations on apps. For every app, they can create new actions or operate with existing actions. However, the actions can be executed in a Playbook only when an instance is configured for the app.
To communicate with an app, instances are needed and an app can have multiple instances. A Cyware Orchestrate user can create two different instances for an App to test or run a Playbook. On an App instance, users can view, add, edit, test, and delete an instance.
Last but not the least, Cyware offers over-the-air updates to apps via the Appstore. Unlike before, when the updates were manually done, users can now just view the update availability in the Appstore and simply click on Update.

The Cyware Orchestrate provides a broad spectrum of features such as: 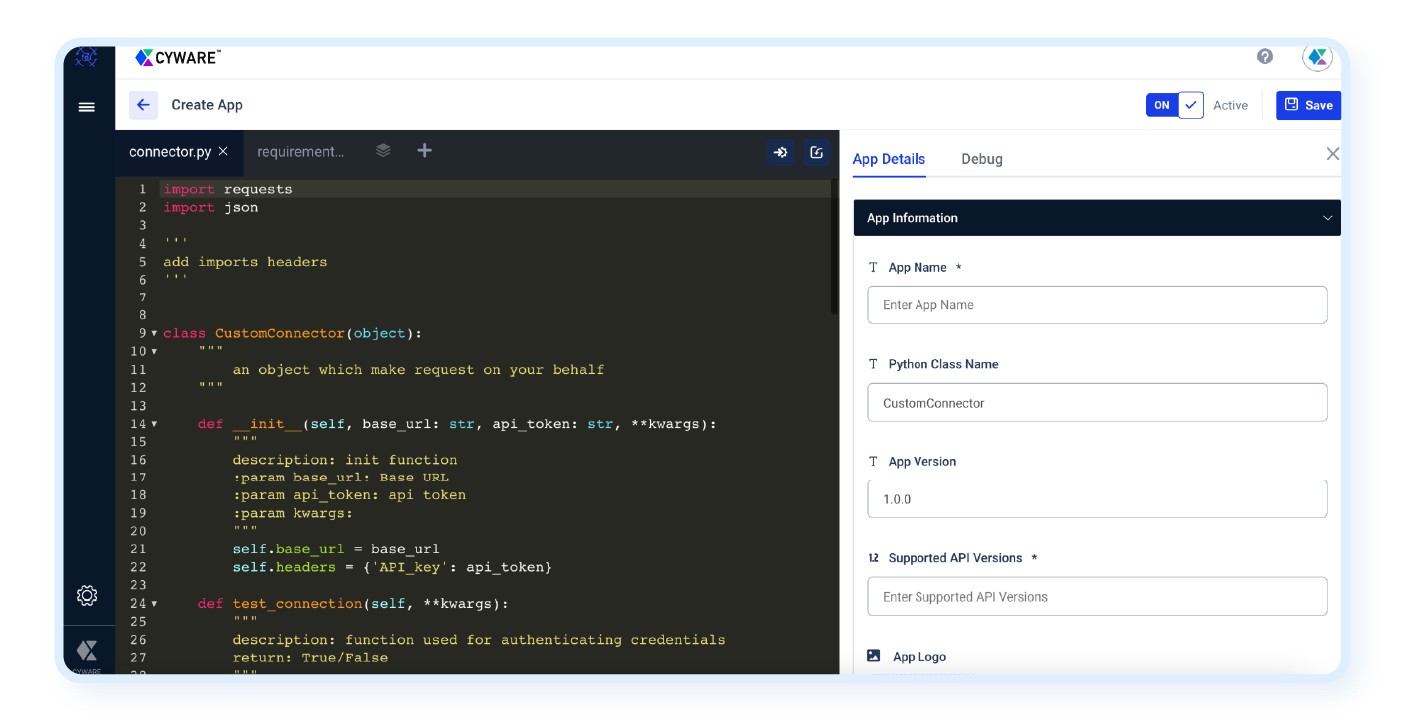 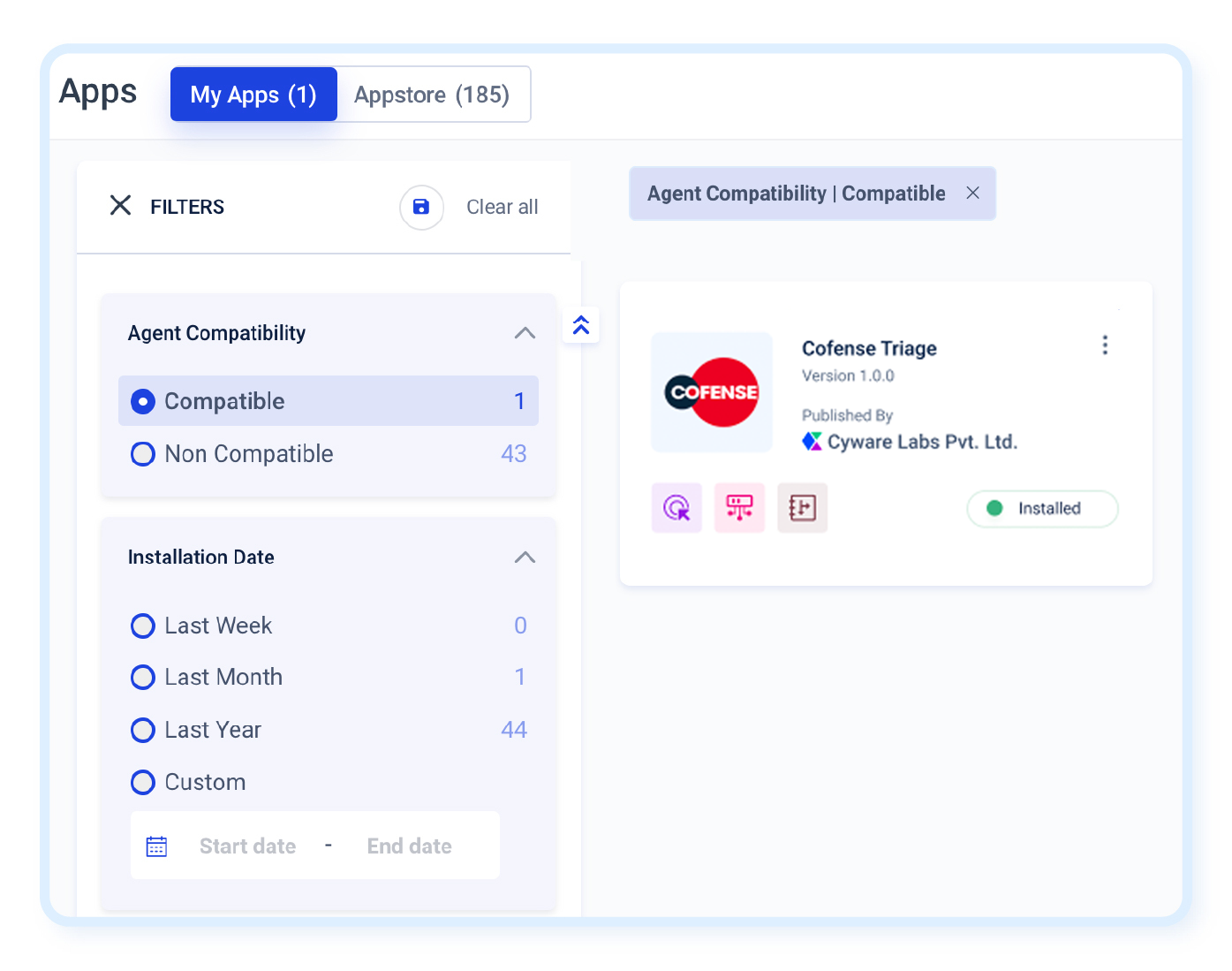 In a nutshell, the Appstore feature allows users to seamlessly manage third-party integrations and update apps directly from the Appstore. With a rich Appstore, Cyware Orchestrate users can now install and work with apps as per their requirements to proactively identify and defend against threats targeting their organizations.
To learn more about our Appstore in Cyware Orchestrate v3.0, request a demo.