While every organization in today’s day and age leverages threat intelligence to enhance its security operations, there is often a lot of ambiguity around the usefulness of different threat intelligence sources. The Cyware Threat Intelligence Exchange (CTIX) version 2.7 aims to solve this issue once and for all with the updated Feeds ROI dashboard. It is designed to provide the security teams with the key metrics that help them understand a multi-source threat intelligence setup. 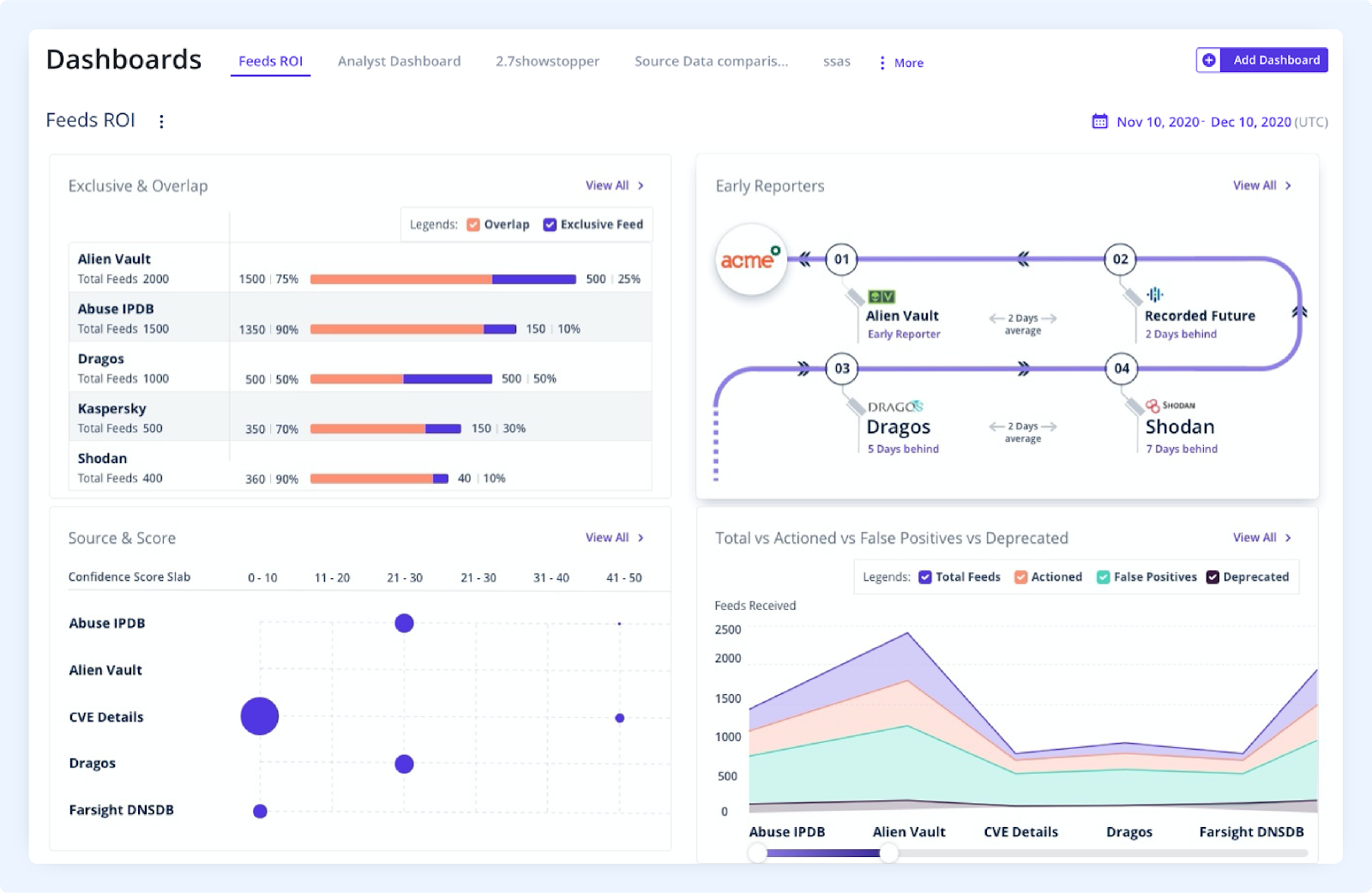 The updated Feeds ROI dashboard comes with multiple benefits for security teams including:

To effectively leverage cyber threat intelligence to bolster their security posture, organizations need to regularly monitor the health and performance of the intelligence inputs that go into this process. Built with a new Feeds ROI dashboard, CTIX 2.7 makes this easier than ever before to ensure you are always making the right decisions and driving your efforts in the right direction, meeting your organization’s security requirements and priorities.
Schedule a free demo now.