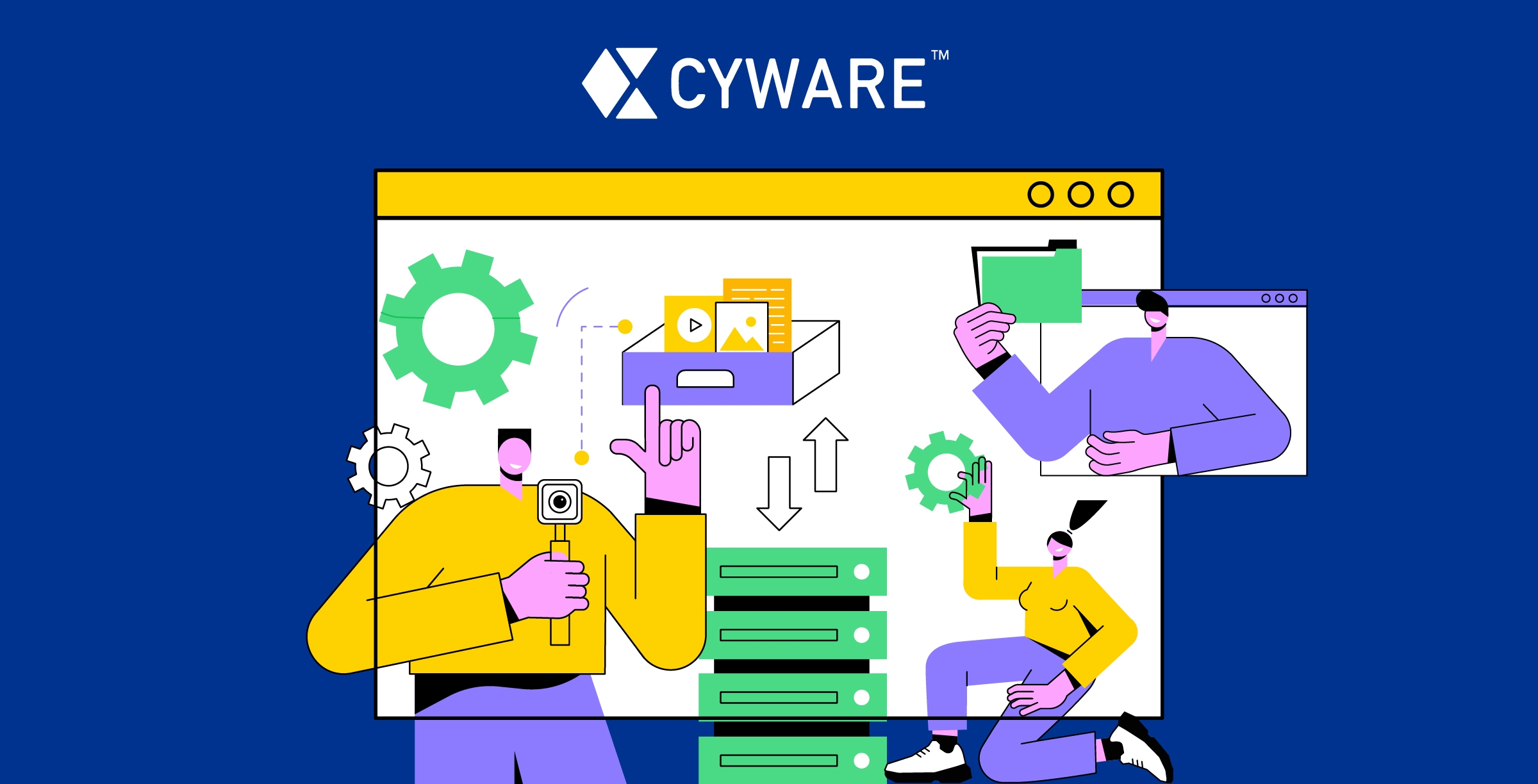 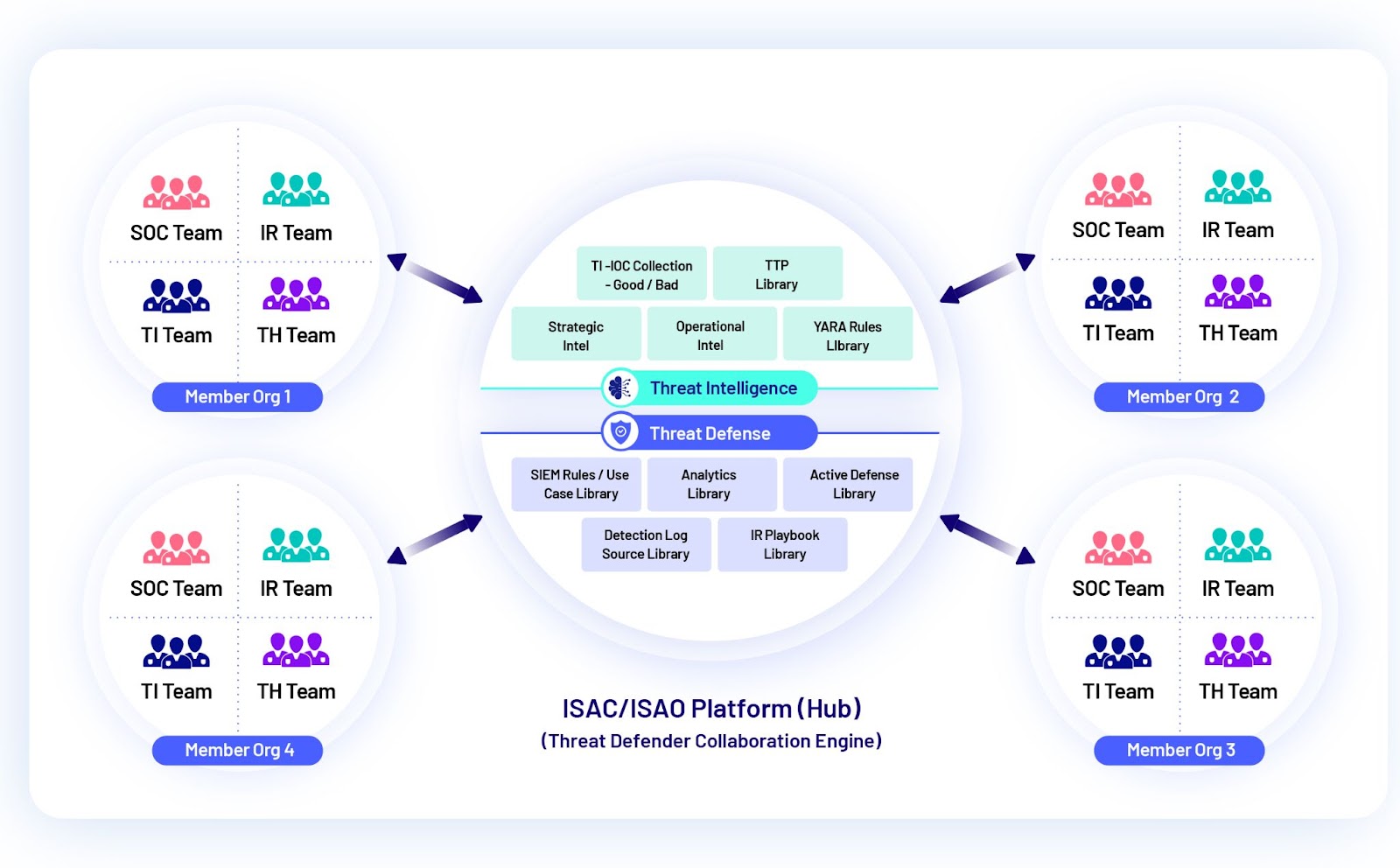 All About Threat Defender Library 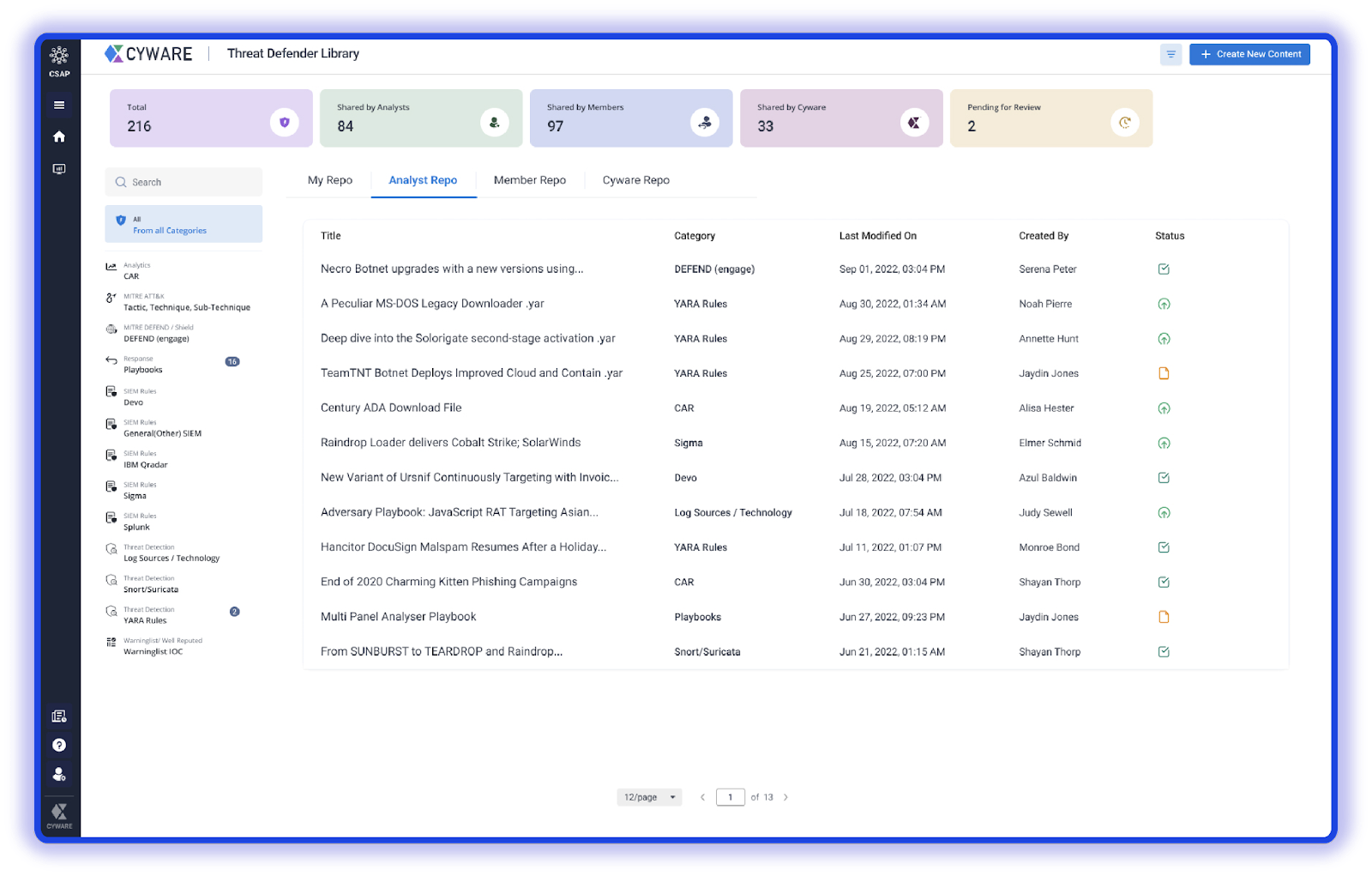 Gone are the days when security collaboration was restricted to threat intelligence sharing. With Threat Defender Library, Cyware enables security teams to share Indicators of Compromise (IOCs), along with threat detection and defense files to proactively alleviate threats. It allows organizations across multiple sectors to join forces and learn threat detection and mitigation strategies from one another to collaboratively defend against the threats.
The Threat Defender Library helps security teams with: 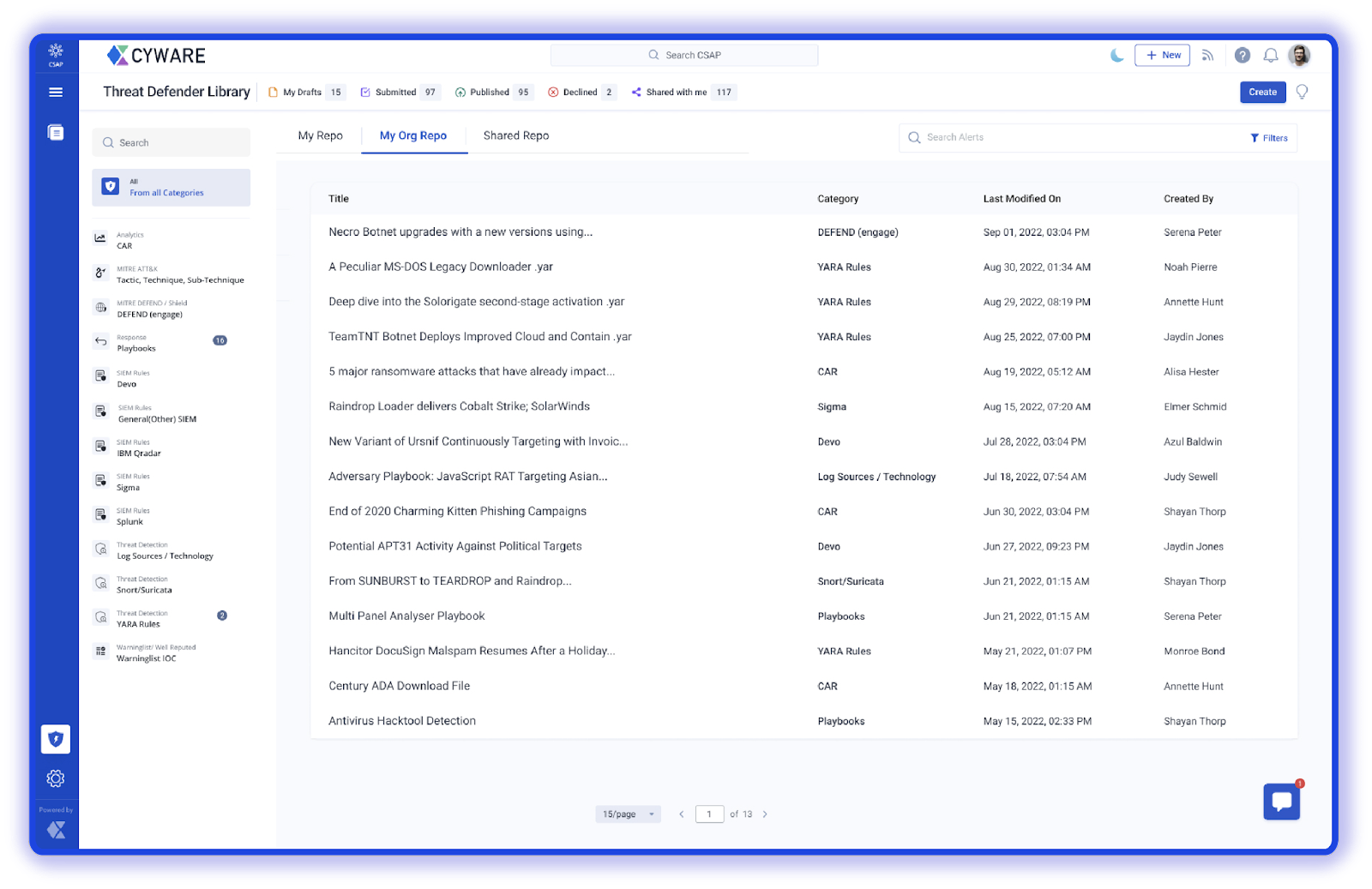 Even when businesses have an effective security program in place, they often ignore the power of security collaboration. With cyber threats emerging from every nook and cranny, threat defenders can get overwhelmed fighting them on their own. Therefore, it is imperative that cyber defenders collaborate and share threat mitigation strategies to facilitate a better defense against burgeoning cyber threats.
To know more about Cyware’s Threat Defender Library and how it can be a force multiplier to your threat detection and response capabilities, book a free demo today.