One of the most dangerous and well known threats in cyber security is the Man in the middle attack. Abbreviated as MitM or MiM attack, in this type of attack the attacker intrudes into the communication pathway of two parties, relays and then alters the communication happening between the two parties while keeping them oblivious to the presence of the attacker. Such an attack can happen only when the man-in-the-middle (the attacker) can successfully impersonate each endpoint to their satisfaction as expected from the legitimate other end.

Now Suppose there are two legitimate parties by the name Adam and Charlie while Barney is the name of man-in-the-middle i.e. the attacker and has intruded into the communication channel in a way that he can intercept the messages from both legitimate ends.

There is a famous Chess analogy that is used to explain these kind of attacks. It goes like this “Barney who doesn’t know how to play chess, claims that he can play two grand masters (Adam and Charlie) simultaneously and either win on game or draw both. He waits for Adam to make the first move and whatever move Adam makes, he makes the same move to Charlie. The returning move of Charlie is copied and pasted by Barney to Adam. This way he ensures that he will not lose the match.

How do I stop Man-in-the-middle attack?

The technique used by the attacker to trick one legitimate endpoint to believe that they are talking to other legitimate end point is known as ARP Spoofing or Address Resolution Protocol Spoofing. It is quite difficult to tackle ARP spoofing using conventional security tools. However, difficulty for the attacker can be increased by using encrypted network connections provided by HTTPS or VPN technology.

The HTTPS technology uses the secure sockets layer (SSL) capability in the browser to hide your web-based network traffic from attackers. The Virtual Private Network (VPN) client also works in somewhat similar fashion. Some VPNs do use SSL but to use that security layer you need to connect to VPN access point. Both HTTPS and VPN encrypt your communication and make it difficult if not impossible for the attacker to intercept. The HTTPS also makes your browser to use certificates for verification of the servers you are communicating with. These certificates are verified by highly reputable third party authority companies like VeriSign. Incase your browser does not recognize the authority of the certificate sent from a particular server, then you will see a message indicating that the server’s certificate cannot be trusted. This means it might be coming from the attacker. Do not proceed to communicate with such a connection.

Find articles related to : Man in The Middle
WRITTEN BY 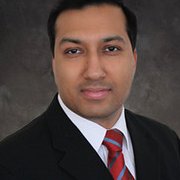 Anuj Goel is the co-founder of Cyware; a cybersecurity platform with a mission of enhancing cyber awareness and real-time sharing of intelligence and incidents to enable proactive identification and mitigation of threats. Previously, Anuj worked at Citigroup in New York as the head of global strategy and planning covering information security and anti-money laundering. Anuj is a Senior Member of the IEEE and has served as an executive committee member of the Financial Services Sector Coordinating Council (FSSCC). He holds a doctoral degree in Engineering and has earned several globally recognized cybersecurity certifications.