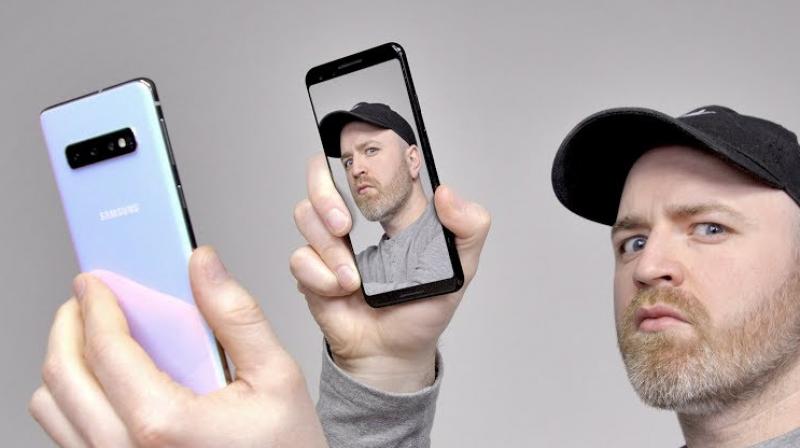 What is the issue - Face Recognition screen lock in Samsung Galaxy S10 can be easily bypassed with photos or videos of the mobile device owner.

According to Lewis Hilsenteger, a smartphone reviewer, Samsung’s flagship product Galaxy S10’s ‘Face Recognition’ is insecure and can be fooled with a video that contains the face of the owner.

Lewis Hilsenteger, Unbox Therapy fame from YouTube, uploaded a demo video in his YouTube channel that describes how he unlocked a Galaxy S10 screen lock by showing a simple video in front of the Galaxy S10 front camera that contains the face of the phone owner.

On the other hand, an Italian journalist from SmartWorld.it was able to unlock Galaxy S10 with a photo.

While unlocking ‘Face Recognition’ screen lock with photos and videos could be accepted to an extent, in another peculiar instance, security researcher Jane Manchun Wong was able to unlock her brother's mobile device with her own face because of facial resemblance.

“I unlocked my brother's Galaxy S10+ with my face,” Jane Manchun tweeted.

Worth noting - The security researcher also tweeted that she was able to unlock her brother’s Galaxy S10 screen lock with his eyes closed.

However, Samsung also says it in the face recognition description that “Face recognition is considered less secure than other lock types because there is some possibility that someone who looks like you or who uses an image of your face could unlock your phone.”

What does this mean - As Face Recognition is shown to less secure, it’s definitely not a good idea to use ‘Face Recognition’ as the primary method for unlocking mobile devices.