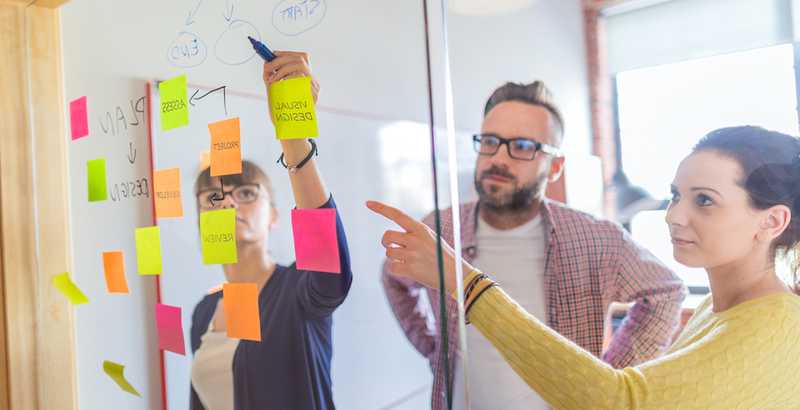 Besides conventional business risks, one thing that can make company executives sweat is a cybersecurity breach within their organization. Rather than simply posing an operational inconvenience, data breaches cost the organization in many different ways. The rising trendlines of enterprise security budgets reflect the growing recognition of heightened cyber risk of state-sponsored threats and the ever-increasing variety of attack vectors.
Cyberattacks perpetrated by organized cybercrime groups have become a frequent occurrence for organizations spanning vast geographies and employing hundreds or thousands of employees. However, even smaller businesses and local public bodies are not spared in today’s threat landscape as shown by increasing attacks on local governments, public schools, and healthcare providers.

Despite the dynamic nature of cyber threats, there are some constants that always have remained applicable over the years. One such principle is that humans and the software created by humans are always likely to have vulnerabilities. And the corollary is that there will always be new attack vectors and threat actors to exploit those vulnerabilities as long as there is sufficient value to be had. With the increasing value of data and the continued spread of connected devices, it’s safe to say this trend will continue for the foreseeable future. Given this scenario, organizations need to review the factors that can help them manage and reduce their cyber risk without dramatically increasing their expenditure.
Recent trends indicate that the financial costs incurred from data breaches continue to rise. IBM’s 2019 Cost of a Data Breach Report pegs the average data breach cost at $3.92 million. The report also highlights the fact that the longer an organization takes to respond to a breach, the higher its cost. As per the report, companies that were able to detect and contain a breach in under 200 days reduced their breach costs by $1.23 million. Let us take an in-depth look at how organizations can reduce breach costs by prioritizing efforts to reduce response times in conjunction with establishing proactive cyber defense capabilities.

A strong cybersecurity posture is not simply determined by complying with a set of regulations but rather by developing capabilities to proactively detect and thwart advanced threats. During World War 2, the Allies effectively thwarted the opposing forces by effectively intercepting and then decrypting their communications with the Enigma machine. Similarly, in cyber warfare, organizations with the most accurate, reliable, and actionable intelligence have the best chance to prevent sophisticated adversaries from executing their attacks. To improve threat detection, organizations need to collect and analyze threat information from all relevant internal and external sources. This collected information then needs to be filtered and enriched to generate Threat Intel that is contextually relevant and actionable. A threat intel platform like Cyware Threat Intelligence eXchange (CTIX) can play a critical role in this process by automating the collection, enrichment, and analysis of Threat Intel from multiple sources in a variety of formats
In certain cases, adversaries may find the way to their targets through third-parties that are vulnerable to known exploits. Despite ample awareness of third-party risk, it is difficult for organizations to monitor and manage their extended threat landscape. To prevent such attacks, organizations need to adopt Threat Intel Sharing practices within their trusted network. Two-way Intel Sharing with various stakeholders such as industry peers, clients, vendors, sectoral ISACs, etc, helps in minimizing exposure to third-party risk. By sharing information, organizations can fight advanced threat actors together instead of combating it single handedly. CTIX’s Hub and Spoke architecture provides a novel approach to remove the barriers and achieve the objectives of Information Sharing through their own trusted sharing network.

The speed and efficiency of the response to a data breach or any security incident is often a key factor in determining the extent of damage to the target organization. Thus, organizations need to invest in technologies, processes, and people that accelerate breach response.
Any Incident Response (IR) plan requires careful coordination and implementation of timely actions by various teams within an organization. Teams may include the IR teams, the Threat Intel teams, security engineers, and other parts of the security apparatus as well as decision-makers in other roles. Team coordination may be hampered by the role specific tools utilized, increasing the difficulty in sharing information, implementing actions, and maintaining overall visibility. Technologies such as Security Orchestration and Automation (SOAR) and Cyber Fusion can help deal with the complexity in this process and ensure a timely and effective response.
Utilizing the Cyware Fusion and Threat Response (CFTR) platform, various aforementioned teams can come together under a single platform that provides comprehensive visibility into the threat environment. This is enabled by the collation of threat information from various internal and external sources that hold different pieces of the puzzle. The decision-makers can effectively monitor and govern the response in a crisis situation with the contextual intelligence and in-depth analytics provided by this unique approach. Furthermore, the use of orchestration and automation technologies in CFTR enables different existing tools to communicate with each other and implement automated actions through customized response Playbooks.
With this approach, organizations can not only ensure effective teamwork during a crisis situation but also detect, eradicate, and automate bottlenecks within their existing processes.

The answer to rising cyber risk lies in pragmatically adopting the appropriate tools, technologies, and processes, to deal with the changing threat landscape. The deployment of next-generation technologies like Cyber Fusion and Threat Intelligence Sharing will be the catalyst of change that shifts the balance away from malicious actors and helps organizations in cost effectively dealing with the uncertainty and growing risks in cyberspace.