REvil: A Saga of Evil Deeds of a Notorious Ransomware 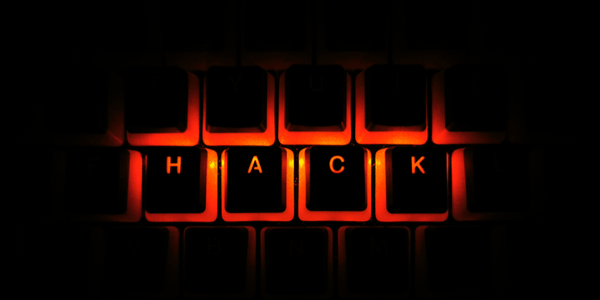 REvil (aka Sodinokibi) is a well-known ransomware family that has made a comeback after its sudden disappearance from the Ransomware-as-a-Service (RaaS) business. The group was first promoted in June 2019 on a cybercrime forum in the Russian language by its representative—Unknown (aka UNKN). Other than to itself, the group owes a majority of its success to its affiliates. Upon a successful heist, about 60% to 70% of the ransom payment share goes to affiliates. The ransomware group was once working with 60 maximum number of affiliates at a time, who essentially, and generally, participate in propagating the malware while the malware operators steer the payment infrastructure.
On its first anniversary, the group claimed—in an interview to a Russian YouTube channel—to have made over $100 million in a year by extorting large businesses across multiple sectors worldwide.
REvil’s attack portfolio encompasses all the major sectors, including Information Technology, Government, Legal Services, Enterprise Services, Entertainment, E-Commerce, Retail Services, Healthcare, Energy and Power, Education, Communications, Transportation, Manufacturing, Electronics, and NGOs. All of the targeted organizations in these sectors have been majorly located across North America, Western Europe, Eastern Europe, Eastern Asia, Western Asia, South East Asia, Middle East, and South American regions.
To date, multiple versions of REvil have been discovered that are identified as REvil Beta, REvil 1.00, REvil 1.01, REvil 1.02, REvil 1.03, REvil 1.04, REvil v1.05, REvil v1.06, and REvil v1.07.

According to a researcher group, REvil’s source code and behavior are quite in line with GandCrab (infamous ransomware), indicating a plausible connection between two ransomware families. In fact, GandCrab officially retired around the same time when the REvil group launched its operations. Moreover, GOLD SOUTHFIELD, the operators of GandCrab, are the ones who developed REvil and now maintained the backend infrastructure (used by affiliates) to create malware builds and collect the ransom payment, says the group.
REvil’s obscurity deepens further as its ransomware code and ransom notes were found to be resembling DarkSide, the threat actor group responsible for the attack on Colonial Pipeline. Moreover, both used the same code to verify whether the victims were from a Commonwealth of Independent States (CIS) country. Since REvil’s code is not publicly available, many believe that DarkSide is either a subgroup of REvil or its partner.
Besides, there have been claims that former affiliates of REvil are likely the owners of DarkSide. Experts also argue that the malware itself is based on the REvil code. The group was also associated with the new BlackMatter group as it presumably retained the exclusive features of the no-more-active Darkside and REvil ransomware groups. Once, the Prometheus ransomware gang claimed to be part of the REvil group, although no definite connection was established during the research.

Since its launch in 2019, and till the fall of that year, REvil’s strategy revolved around malvertising campaigns to redirect victims to RIG exploit kits, which relied on outdated software within enterprises. The year, however, ended with REvil’s new name-n-shame threat to victims along with discounted schemes wishing “Merry Christmas and Happy Holidays.”
Maneuvering across missions, REvil and affiliates sailed through multiple plans. It was REvil that introduced—and perhaps first ever in the history of the dark web—data selling via an auction site where it initially listed data of a U.S. food distributor and a Canadian agricultural company from a starting price of $100,000 and $50,000, respectively. It further adopted abilities to scan point-of-sale (POS) software, encrypt files in Windows Safe Mode, exploit Google SEO tricks (by Gootloader operators), and much more.
The hacker group kept upgrading its tools to inflict attacks on corporate networks as it added the KPOT version 2.0 trojan, a classic information stealer, to its arsenal right after its $100 million claim. It was also allegedly involved in obtaining corporate and government network access on the dark web. The gang also released the Linux version of the REvil ransomware to target VMware ESXi servers right before the Kaseya incident.
REvil excelled at grabbing headlines by hopping strategies. Once it announced plans to launch DDoS attacks and make voice calls to victims’ business partners and journalists if ransom payments or negotiations were delayed. In another streak, it dropped an expansion plan and deposited around $1 million in bitcoin to attract more potential affiliates with exceptional skills.

2019: In April, the REvil gang was found to be exploiting the Oracle WebLogic vulnerability (CVE-2019-2725) to install the ransomware. The following month, it targeted three Managed Service Providers (MSPs) and compromised their remote management tools to deploy ransomware. Around mid-year, the group moved its target in the Asia-Pacific region to exploit the CVE-2018-8453 vulnerability for elevated privileges in Windows. Meanwhile, another attack that impersonated officials from the German national cybersecurity authority was spotted by the end of July. Soon in September, the ransomware was being disseminated into WordPress sites via a fake Q & A forum post containing a link to the ransomware installer.
2020: Experts revealed its presence around a security vulnerability (CVE-2019-11510) in Pulse Secure VPN that destroys backups and disables endpoint security controls. The information on the next victim appeared in April, wherein REvil actors floored the Florida town of Jupiter. The moment of the year arrived in May when they claimed to have exfiltrated 756GB of data from celeb law firm Grubman Shire Meiselas & Sacks, used by the likes of Lady Gaga, Drake, and Madonna. The group also claimed to have collected documents associated with former President Donald Trump. Due to suspicious claims by security researchers, the Trump administration labeled REvil as a terrorist group. Further, hackers claimed to sell “dirty laundry” data that concerns then-President Donald Trump. That month, hackers also held Sherwood Food Distributors at $7.5 million in ransom.
July witnessed attacks on the Cooke County Sheriff's Office, Spain’s ADIF (800GB), and an alleged attack on eToro social trading platform by the affiliates of REvil. In the second week of August, Jack Daniel’s maker Brown-Forman was hit, whereas one of Chile’s biggest banks, BancoEstado, and a US-based supplier of video delivery software solutions, SeaChange International, disclosed attacks in September.
In Nov-Dec, actors using REvil ransomware crippled the networks at a social housing provider, Gaming Partners International, televangelist Kenneth Copeland Ministries, and The Hospital Group.
2021: The first victim of the year was Hong Kong-based Dairy Farm Group. After nearly two months, the group claimed to have compromised the networks of at least nine organizations, which supposedly include Pan-American Life Insurance Group, two law firms, an architectural firm, a construction company, an agricultural co-op, two international banks, and a manufacturing firm. Barely a week into the claim, the group added computer giant Acer to its victim list and demanded $50 million in ransom. In April, REvil suspended most production activities at France’s second-largest pharmaceutical group Pierre Fabre and attempted to extort Apple in another $50 million ransomware attack on Taiwan-based Quanta Computer Inc., which is a key supplier to Apple and the largest laptop manufacturer. The last victim of the month was Brazil’s Tribunal de Justiça do Estado do Rio Grande do Sul.
In May, when the Colonial Pipeline attack was making headlines, REvil stayed low profile and focused on its next big target - JBS Foods, the world’s largest meat processing company. With less time left to decide, the victim company paid $11 million to the hacker to protect customers. In that month, REvil claimed more victims, including Invenergy LLC, FCUK, and Brazil-based Grupo Fleury, whereas only one victim was reported in June, viz University Medical Center of Southern Nevada.
It was now time for the Kaseya moment. Kaseya, on July 2nd, 2021, disclosed a supply chain-based ransomware attack on its MSP platform. A patch was released within two weeks of the attack but, by that time, the attack had impacted over 1000 businesses globally and actors demanded $70 Million to decrypt files for victims. Not long afterward, REvil disappeared from the internet, leaving everyone in splits whether it vanished with the ransom amount or the pressure from the U.S. or Russian authorities that drove them offline.
In September, after a break of around two and a half months, some activity was observed in REvil’s servers. The FBI was quick in alleging that the Russian government has taken no steps to crack down on ransomware groups as requested by U.S. President Joe Biden. The last reported victims of the REvil group, after it resurfaced in the crime scene, were marketing firm Fimmick and U.S’ second-largest television station operator Sinclair.
Finally, in October—as per the latest updates—REvil’s Tor payment portal and data leak site were sent to oblivion in a multi-country operation.

How to Stay Protected?

Organizations are advised to backup their most sensitive data offline to avoid larger payouts in case of ransomware incidents. Though REvil has disappeared from the cyber landscape for now, organizations must leverage real-time threat intelligence for improved defense against such threats. Additionally, continuous cyber situational awareness to employees helps in the detection and reporting of phishing emails, which is the most common attack method of actors. Last but not the least, a robust cybersecurity strategy in place is imperative but it’s incomplete—and catastrophic—if OS and other software patches somehow miss on their latest updates.

REvil used a variety of new and advanced delivery techniques along with code complexity and resources to cause mayhem across enterprise networks. It kept working on better obfuscation techniques and continued to claim victims across almost all the sectors. At present, REvil seems to be offline. Whether it returns or not, organizations with a properly outlined contingency plan and leveraging real-time threat intelligence will be able to effectively counter this major ransomware threat.